Sudanese Group in Canberra are supporting the Sudanese revolution for peace, justice, and freedom. Amnesty International stands with the Sudanese community and condemns the violent actions and human rights abuses that have occurred as the result of the coup. Join us to demand an end to the coup, and restore peace and justice in Sudan. […] Sudanese security forces have intensified their use of lethal force over the past two weeks to quell protests against a military takeover of power last month, carrying out dozens of unlawful killings and leaving at least 50 people with gunshot wounds, Amnesty International said today. According to the Sudanese Doctors’ Committee, a group monitoring the […]

Sudanese authorities must stop security forces from using unnecessary, including lethal, force against protesters opposed to the military takeover, withdraw the military from law-enforcement operations, and respect the right to freedom of peaceful assembly, said Amnesty International after it confirmed the killing of at least six protesters on 25 October. Further protests are expected on […] Sudan: Release prime minister and all those arbitrarily arrested

The Sudanese military leaders must immediately and unconditionally release Prime Minister Abdalla Hamdok and all others who were arbitrarily detained this morning, Amnesty International said.

Sudan: All security agencies that attacked protesters must be held to account

An Amnesty International investigation has found that Sudan’s crackdown on protests against the government of deposed President Omar al-Bashir in 2018 and 2019 involved all branches of the country’s security forces and revealed new evidence about how protesters were killed. In a new report, “They descended on us like rain”, the organization documents how the […] 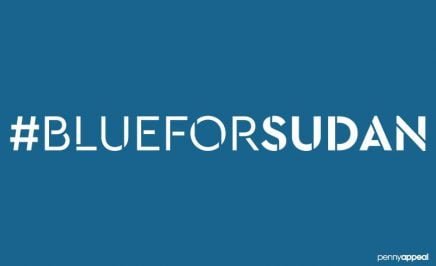 This event was organised by the Sudan Uprising Supporting Committee. Come along to Parliament House this Sunday to join the global community in demanding that the Transitional Military Council (TMC) allow for a peaceful, free and democratic transition towards civilian government and the removal of paramilitary forces from the cities of Sudan. See you there!

On 26 June a Sudanese court repealed Noura Hussein’s death sentence and replaced it with a five-year prison term. What happened? Noura Hussein was sentenced to death on 10 May 2018. Her husband suffered fatal knife wounds during a scuffle at their home after he had attempted to force himself on her with the help […] Sudan: Death sentence for raped teenager is an intolerable cruelty

A Sudanese court’s sentencing of a 19-year-old woman to death for killing her rapist husband in self-defence highlights the failure of the authorities to tackle child marriage, forced marriage and marital rape, Amnesty International said today. Noura Hussein Hamad has been held in the Omdurman Women’s Prison since May 2017, and was today handed the […]

The international community must deliver and improve on existing financial commitments to help Uganda support the refugees it is hosting, following a United Nations High Commissioner for Refugees (UNHCR) announcement that one million South Sudanese refugees are now in the country. Driven by the ongoing violence in South Sudan, refugees have been entering Uganda in […]

Thousands of South Sudanese women and girls, and some men, who have been raped in ethnically-charged sexual attacks in the ongoing conflict are battling mental distress and stigma with nowhere to turn for help, Amnesty International revealed in a new report. “Do not remain silent”: Survivors of Sexual violence in South Sudan call for justice […]