For me, like many other Aboriginal and Torres Strait Islander people, “Australia Day” is not a day of celebration.

Before I understood the date’s significance, I went to Triple J Hottest 100 parties and barbeques with Australian flags. But then I learned that 26 January marked the beginning of massacres, oppression, the stealing of my people’s children and land.

I want to celebrate this country, but it should be on a date that includes everyone. Changing the date would acknowledge Australia’s harmful past and invasion’s ongoing legacy – but also that we are moving forward, together, towards a fairer and more just Australia. 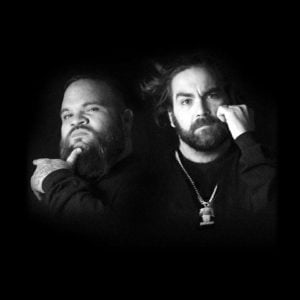 Australia Day for millions of Australians means barbecues, lamingtons and being proud of your country. All of these things are great at the appropriate time.

Australia Day for Indigenous people is an entirely different conversation and that’s the one we wanted to continue, and in a lot of places, start.

The date January 26 to us as young black men stands for the celebration of dispossession and death of so many of our ancestors.

If a holiday that started 80 years ago is more important than acknowledging and respecting the people that were here over 60,000 years ago and their position on it, then we’ve still got a long way to go.

In short, celebrating Australia is not the problem; just the date it currently falls on.

“If a holiday that started 80 years ago is more important than acknowledging and respecting the people that were here over 60,000 years ago and their position on it, we’ve still got a long way to go” I am always open about my stance on 26 January. Over the years it has come with some really intense feedback … to ‘get over’ things, that I am whinging. People think I am personally shaming them or tearing their country or Australian-ness down. Some question heritage, others hurl abuse.

I take all this on – I love my country and I celebrate it daily, just as much as I commiserate. I’ve had a well of feelings around what it means to be in this country and be present. I choose to know my history, to check my privilege.

To quote Nakkiah Lui, “I pay these respects today (and tomorrow and everyday) and acknowledge the Aboriginal people here, because our words have meaning and power. They have the ability to change things, have conversations, to start the process of healing – they can change time in the future and dates. They cannot and will not erase the past.”

Join me to march. Don’t be shamed if you’re non-Indigenous; I will hold you, and stand by you standing by me. All Indigenous people have badly suffered the consequences of colonisation. That’s why 26 January is a hard day for all of our mob. Aboriginal people always feel sad on Australia Day – it marks the end of freedom for our people.

I want us all to talk about invasion, rather than settlement, and get to the truth of our history. Survival for us is about taking steps to address the consequences of invasion that we still face today.

We’ve got health issues, substance abuse, too many of our people are being sent to prison… Invasion was the start of these problems. There will be lifetimes, even generations, that will keep feeling them.

We can’t celebrate on that day because even now, more than 200 years later, the lessons haven’t been learned and the same mistakes are still being repeated. 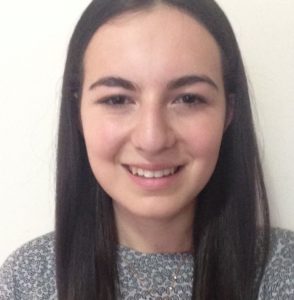 As a young person who grew up in this country, I want to feel proud on Australia Day. I want to celebrate an inclusive society surrounded by my friends and family.

This is not an option on 26 January; it is a day of mourning, not joy. I am a descendant of WWII Holocaust survivors, and I cannot imagine enduring celebrations of my ancestors’ torture, yet Indigenous people go through this on a yearly basis.

As a proud Australian, I want to celebrate this country on a day that means something positive for ALL of us – not just a lucky few.

“As a proud Australian, I want to celebrate this country on a day that means something positive for ALL of us – not just a lucky few” © Warriors of the Aboriginal Resistance

Changing the date is an opportunity for Australia to own what’s wrong and take another step in making things right.

Last time Noongar elder Reverend Sealin Garlett preached in our church he shared how his people’s pain is compounded by others celebrating 26 January. Afterwards I chatted to a tradie who was deeply impacted by the sermon.

He shared, “Everything changes when you see it through their eyes … I thought racism was saying horrible things, but I’ve had a hard heart. I haven’t cared. I thought it was political. But it’s really about the suffering of my brothers and sisters.”

In Australia, the new energy and feeling around changing the date is what we in the God-bothering business might call “a come to Jesus moment”. As a nation, we are being invited to journey from apathy to empathy. In renouncing indifference and white supremacy, Australia has nothing to lose and everything to be liberated from. I used to celebrate Australia Day, with a flag, and watching the fireworks down on the Perth foreshore. Then it started dawning on me how wrong it was to celebrate the day that the Aboriginal peoples of this country were invaded.

“People say that Aboriginal people should ‘get over it’, that ‘it was years ago’. But we aren’t asked to forget our history – why don’t we get over our war veterans and their struggles?”

This was the day that massacres, abuse, being locked up, and genocide began. People say that Aboriginal people should “get over it”, that “it was years ago”. But we aren’t asked to forget our history – why don’t we get over our war veterans and their struggles? I can’t do that – all my grandparents were part of the World War II and my grandfather was killed by a roadside bomb.

This year I was excited to be able to celebrate in Freo (Walyalup) on a date chosen through consultation and consensus. 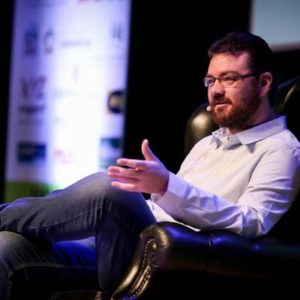 Even in 1938, on the first Day of Mourning, Australia Day was referred to as the “anniversary of the whitemen’s seizure of our country”, and nothing about that sentiment has really changed that much in the decades following. It is the plain and simple truth of what 26 January represents, regardless of how you phrase it. When I first moved to Australia from Mexico, as a small boy, I took for granted the simple narrative of Australia Day. It was not until I was in higher education that a thought experiment was offered to me: imagine that Australia was invaded and that a majority of your fellow countrymen, loved ones and friends were killed; and then imagine the invaders celebrating the day of invasion. Horrible, is it not?

It follows that if we are to have an inclusive Australia Day that the date must be changed. In what form though, I do not know.

I grew up celebrating Australia Day, never really thinking about what it meant to our Aboriginal and Torres Strait Island peoples. 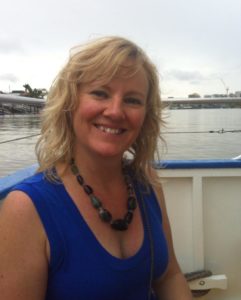 But over the past 10 years I have learned a lot about Australia’s violent history, which includes genocide, slavery, dispossession and loss of self-determination.

The 26th of January marks the day these atrocities began. This date should be remembered so that these acts are not committed again, but it shouldn’t be a day of celebration.

I think we need to #ChangeTheDate so that Australia Day can be truly inclusive. It’s time we recognise and accept that 26 January will never be celebrated by the First Peoples of this country, it is a day of mourning and loss.

Agree? Find a Survival Day
event near you.