Amnesty International’s new policy briefing, Stop Burning Our Rights! provides an extensive legal and ethical blueprint for what governments and corporations must do to address the climate crisis, as guided by international human rights law.

The climate emergency is a human rights crisis of unprecedented proportions. It is already wreaking havoc on the lives of millions of people, deepening inequalities and discrimination, threatening the enjoyment of most of our rights and the future of humanity.

While the right to a safe, clean, healthy and sustainable environment is enjoying growing recognition from around the world, climate change affects the full spectrum of our human rights. It threatens the enjoyment of civil, political, economic, social and cultural rights of present and future generations and, ultimately, the future of humanity. When climate change-related impacts hit a country or a community, the knock-on effects can seriously undermine the enjoyment of the right to life lived in dignity, endanger a range of freedoms, and in many cases even put at risk the cultural survival of entire peoples.

The climate crisis is a manifestation of deep-rooted injustices. Although it is a global problem affecting everybody, it disproportionately affects individuals and groups who are already subjected to multiple and intersecting forms of discrimination or who are marginalized – on the basis of gender, class, caste, race and minority status, disability, age and migration status – as a result of structural inequalities, ingrained practices or official policies that unfairly distribute resources, power and privilege.

Governments violate human rights when they fail to take adequate action to reduce carbon emissions, including by rapidly phasing out fossil fuels, to support people to adapt to climate change and to provide remedy for the losses and damages resulting from climate-related impacts.

Businesses abuse human rights when they fail to reduce and ultimately eliminate emissions and other practices damaging to the environment.

Under international human rights law, governments have legal and enforceable obligations to tackle the climate crisis. The vast majority of wealthy industrialized countries are failing to phase out emissions fast enough and to provide sufficient financing and support to developing countries for a just transition to zero-carbon economies and resilient societies.

The climate emergency is not an unexpected crisis, nor one that is outside of human control. Just as governments and businesses are responsible for it, they have the responsibility – and the capacity – to tackle it.

Amnesty International is calling on all governments to adopt and implement ambitious national climate plans which reflect their individual levels of responsibility and capacity.

All governments must also ensure a just transition for workers and communities affected by climate change and the decarbonization process, taking steps to reduce poverty and correct existing inequalities in the enjoyment of human rights. This includes prioritising investment in responsibly produced renewable energy and social protection, whilst supporting the creation of new, green and decent jobs.

Centering climate action on human rights, including by taking into account the wealth of knowledge, ideas and solutions that people at the frontline of climate change have developed, could bring us a long way in building a safer, more just and more sustainable society.

This report is based on Amnesty International’s analysis of international human rights standards and how they are relevant to climate change as a human rights issue and to key climate change-related issues such as mitigation, adaptation and loss and damage. It explains the importance of adopting a human rights lens to tackle the climate crisis, and it illustrates how climate change adversely affects the enjoyment of human rights and worsens inequality and discrimination. This document therefore seeks to spell out government obligations and corporate responsibilities as precisely as possible.

Amnesty International Report 2020/21: The State of the World’s Human Rights Ensuring clean and green battery supply chains must be a priority for businesses and...
Read More 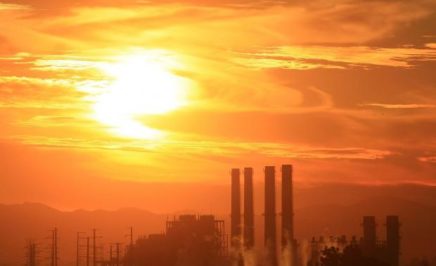