After 14 months on the front lines, political journalist Liz Fields discusses what she believes Trump as President means for human rights in United States and the world.

Covering the 2016 US presidential election was a woolly ride to say the least. I joined Bernie Sanders as he picketed with fast food workers, watched Hillary Clinton campaign with mothers of black men killed by police and witnessed protesters being dragged screaming from Donald Trump rallies.

What really stood out to me is how prominently human rights featured in the presidential cycle. The Democratic and Republican candidates tousled over immigration and borders, criminal justice, women’s reproductive rights and LGBTQI issues, just to name a few. On most of these issues, the candidates diverged irreconcilably.

“When you single out any particular group of people for secondary citizenship status, that’s a violation of basic human rights”

When Trump clinched the White House in 2016, ripples of shock were sent around the world. As Donald Trump takes the oath of office to become the 45th President of the United States, it’s worth reflecting on the issues that made the road here so ugly and what it means for human rights.

This election, Trump erected his policy platform around one core promise: building a wall stretching across the US-Mexico border to keep out undocumented immigrants. His hateful labels of Mexican immigrants as “rapists,” “criminals,” and “bad hombres” are more an affront to human decency than to human rights, but Trump’s pledge to stop people seeking a better life in the US, most certainly is.

Trump’s campaign consistently capitalised on people’s fear, following a succession of terror attacks in Belgium, France, and elsewhere, calling for a complete freeze on the resettlement of refugees fleeing the devastation of the Syrian war. Trump also suggested that Muslims should register with a national database and carry special cards that would identify their religion. It didn’t take long for social media users to make the connection with the Nazis’ treatment of Jewish people during World War II.

Democrats and Republicans alike disavowed Trump’s call to ban Muslim people from coming to the US, but former President Jimmy Carter perhaps put it most succinctly, saying: “When you single out any particular group of people for secondary citizenship status, that’s a violation of basic human rights.”

Clinton contrasted herself with her rival by vowing to expand President Barack Obama’s Syrian refugee program, from acceptance of 10,000 to 65,000 refugees over several years. Of the dozens of rallies I covered last year, Trump’s were the most hairy for my fellow journalists. Press were confined to a press pen, usually near the back of the event, where they routinely received vitriol from the candidate as well as his supporters.

Reporters were spat on and escorted out for wandering outside of the confines – and that was if you could even get into the rallies. Trump’s campaign blacklisted many media outlets from covering his events if the journalists covered the candidate unfavorably. Trump told crowds he wanted to punch protesters in the face and threatened to “open up” libel laws as president so he could sue any journalist who wrote negatively or “mean” things about him.

One of the most memorable stories I’ve covered in the United States happened in June, 2015. That was the day the US Supreme Court legalised gay marriage nationwide.

I spent the day in Michigan with two of eight petitioners involved in the groundbreaking case, and watched as gay and lesbian couples – some that had been together for more than five decades – married on the spot. It was a joyous and pivotal moment for human rights in America. It’s one that Australia has not yet experienced, but may in the near future if lawmakers listen to the tide of public opinion. Throughout the campaign, Trump not only openly opposed gay marriage – which is now the law of the land – but said he would appoint Supreme Court justices who would reverse the ruling.

The US Supreme Court justices have a raft of important cases coming up affecting human and civil rights, including transgender rights. Trump now is tasked with nominating his own justice, after the death of justice Antonin Scalia in 2016, who will no doubt influence these upcoming cases.

On Inauguration Day, as Donald Trump takes the oath of office to become the 45th President of the United States, we must stand up as human rights defenders to ensure that his hateful campaign proposals do not become his presidential proposals.

This article was contributed by a guest blogger. This blog entry is not a representation of the position or opinion of Amnesty International Australia. 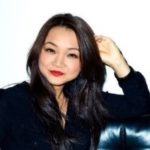