Rodney Dillon here. I’m an Aboriginal man from Tasmania and I work as an Indigenous Rights Advisor at Amnesty.

We launched our Community is Everything campaign in 2015 because we don’t want to see Indigenous kids locked up anymore. We want to see them living in happy, healthy communities, finishing school, getting good jobs and becoming community leaders.

The Australian Government must reduce the number of Aboriginal and Torres Strait Islander kids in detention around the country.

At the moment these kids are massively over-represented in the Australian justice system. This needs to change – if we’re about fairness and equality, then a fair go for all kids is a priority.

How will our Community is Everything campaign help?

With your support we can make a difference to the lives of Aboriginal and Torres Strait Islander kids across Australia. During the next five years, we’ll be working hard to make this a campaign that politicians at the state and federal levels can’t ignore.

What do we want?

We’ll work to make sure the government addresses the faulty parts of our justice system and creates practical circuit breakers that stop Indigenous kids ending up in detention, such as:

Have we had any success yet?

…And it doesn’t end there. Our campaigners, activists and supporters are working hard to keep up the momentum in 2017. We’ll keep you updated!

Indigenous people in Australia have been fighting for their rights for over 200 years now. Thanks to their resilience and hard work, we’ve made progress, but we’re still not there.

Amnesty asked Indigenous people how we could support and build on the vital campaigning work that Indigenous people have already done. The answer? Help Indigenous young people. That is the foundation of our Community is Everything campaign – research and plans developed under the guidance of the Indigenous community.

Learn more about our campaign

Want to know more about our research into keeping kids in communities and out of detention? Our reports are a great way to get in depth knowledge of the conflict and its impact.

Want to help keep kids out of detention and in their communities? Take that first step by signing our petition calling for national justice targets to close the gap in imprisonment rates. 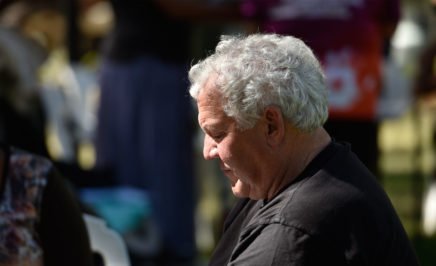