What would you do if you were presented with the opportunity to tell the Prime Minister exactly what you thought of his government’s policy on offshore detention? Our intrepid activist Victoria had just that opportunity. 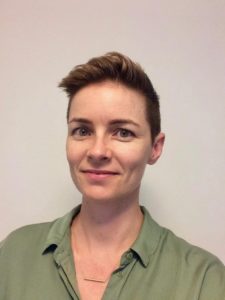 On my way to work last week, I was surprised to see the Prime Minister on the train platform, surrounded by staff and a ring of security people with matching suits and earpieces. Before I gave it too much thought, I had sidled past the guards and addressed the PM with a friendly and enthusiastic, ‘Oh wow, excuse me Mr Turnbull’. He asked for a moment to finish a text message, and I then started thinking about what I would do next.

The Prime Minister isn’t the first politician I have talked to at a train station. I’m part of Amnesty NSW’s Refugee Network, working mainly to engage members of parliament around the issue of refugee rights. Trying to secure meetings with politicians made me realise how rarely we get to speak directly to the people who represent us, so now I bail them up whenever I spot them. At the last election I spoke to several candidates outside my train station, or their campaign staff. Most simply gave me their party line on refugee and asylum seeker rights, but all were friendly and had time to chat about their policies.

The Prime Minister was different. We were surrounded by security staff and hurrying commuters, and I had just 4 minutes before his train arrived. As I tried to work out what to say, I got quite nervous. I could feel the blood rushing up to my face, and my hands were shaky. But when he turned to me and said hello I managed to politely ask, ‘When will you close the detention centres, Mr Turnbull?’.

As I tried to work out what to say, I got quite nervous. I could feel the blood rushing up to my face, and my hands were shaky. But when he turned to me and said hello I managed to politely ask, ‘When will you close the detention centres, Mr Turnbull?’.

He replied as you would expect, telling me it was a priority, and this annoyed me so much I was able to launch into more questions. What about the people the US won’t take? Have you seen the new research saying boat turnbacks just don’t work, here or in Europe? Why don’t you believe that research, which is from a New South Wales university?

I finally remembered an approach the NSW Refugee Network had taken in one of our MP engagement letters — offering to discuss a better plan. With this in mind, I reeled off one of the first items on the plan: increasing foreign aid to prevent people taking the risky journey to Australia. Mr Turnbull started explaining how much Australia invests in foreign aid per capita compared to other countries (a lot, apparently). I felt like I was getting somewhere. Then his train came, and with a quick ‘goodbye’ he left.

I stood on the platform for a moment, concerned I hadn’t said the right things or pushed him on a particular point. But I’m so glad I spoke to him. Just days before he met with President Trump, the Prime Minister heard from a random Australian how much I care about refugees and asylum seekers. I’m thrilled I had the chance to speak up for people who may never get that chance.