There are currently more than 100 million people displaced around the world today. Despite this, Australia's annual intake of refugees through the Refugee and Humanitarian Program is at its lowest level in 45 years. This means that as people from Ukraine, Afghanistan and Myanmar flee their homes and everything they have ever known, Australia is turning its back. Australia has played an important role in resettling vulnerable refugees through the Refugee and Humanitarian Program, but we can be doing so much more. Due to the impacts of Covid-19, last year only 5,947 visas were issued out of an already historically low intake.

This is in stark contrast to countries like the United States, which have committed to increasing their humanitarian intake to 125,000 places annually.

Why do people leave their countries?

There are many reasons why it might be too difficult or dangerous for people to stay in their own countries. For many children, woman and men, they’re forced to flee from violence, war, hunger and extreme poverty, because of their sexual or gender orientation, or from the consequences of climate change or other natural disasters. Often people will face a combination of these difficult circumstances.

Who is a refugee?

A refugee is a person who has fled their own country because they are at risk of serious human rights violations and persecution there. The risks to their safety and life were so great that they felt they had no choice but to leave and seek safety outside their country because their own government cannot or will not protect them from those dangers. Refugees have a right to international protection.

Who is an asylum-seeker?

An asylum-seeker is a person who has left their country and is seeking protection from persecution and serious human rights violations in another country, but who hasn’t yet been legally recognized as a refugee and is waiting to receive a decision on their asylum claim. Seeking asylum is a human right. This means everyone should be allowed to enter another country to seek asylum.

According to the Amnesty International Australia Human Rights Barometer 2022, Australians support an increase in the humanitarian refugee intake level.

Responding to inspectors from the UN suspending their visit to Australia after being denied access...
Read More

Australia is failing to adequately monitor and prevent inhumane treatment of children, refugees and...
Read More Amnesty's work on the issue

We campaign for a world where human rights can be enjoyed by everyone, no matter what situation they are in. Amnesty has championed the human rights of refugees, people seeking asylum and migrants for decades.

Amnesty campaigns to make sure governments honour their shared responsibility to protect the rights of refugees and people seeking asylum. We condemn any policies and practices that undermine the rights of people on the move.

With our campaigns, we put pressure on governments to honour their responsibility to protect every single person’s rights. They must make sure that refugees, people seeking asylum and migrants are safe, and are not tortured, discriminated against or left living in poverty.

Earlier this year, we travelled to Canberra with diaspora groups representing people from Ukraine, Afghanistan and Myanmar, and we met with various members of the Australian Parliament to ask for more help for people fleeing their homes.

We pushed hard, and while we didn’t get the outcome we wanted, the previous government did announce a special intake of an additional 16,500 places for people from Afghanistan. We are making progress.

What needs to happen

Before the May 2022 federal election, the now Labor Government committed to increasing the Refugee and Humanitarian intake. It is crucial that we raise our collective voices and hold them to their promise. What is Amnesty calling for?

Before the 2022 federal election, the Albanese Government committed to increasing the Refugee and Humanitarian Program to 27,000 places annually, as well as making an additional 5000 places available through the Community Sponsorship Program.

This is welcomed, but, Australia can do so much more.

The new Albanese Government must increase the annual Refugee and Humanitarian Program to at least 30,000 places – prioritising people selected by the United Nations High Commissioner on Refugees, as well as ensuring their promised reforms to the Community Sponsorship Program.

If the Albanese Government is committed to doing this, they’ll need to make it clear in their Federal Budget – which is due to be handed down this October.

It’s crucial that we raise our voices now, and hold them to their promises.

1 in every 78 people are forced to flee their homes around the world. Join the movement of people working to defend the rights of refugees and asylum seekers.
Do Something Now

It’s crucial that we raise our voices now, and hold the Australian government to its promise. Sign the petition now, calling on Anthony Albanese to raise Australia’s Refugee and Humanitarian intake.
Do Something Now

Call on Australia to expand and improve their community sponsorship program for refugees.

Get involved in the community

Learn everything you need to talk about raising the humanitarian intake with your community, gather support and campaign for your local council to support an improved program. 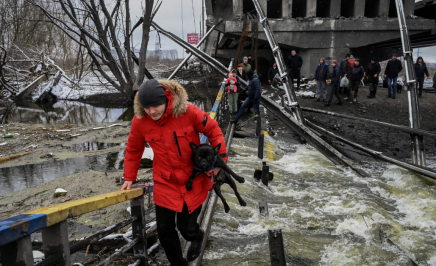 The crises that are taking place in countries such as Ukraine, Afghanistan and Myanmar have...
Read More

It’s time to accept the New Zealand offer! The #GameOver campaign has been at the forefront...
Read More

Between 27 September and 1 October, Action for Afghanistan and members of the...
Read More

For almost eight years, the Australian Government has designed and maintained a deliberate system...
Read More

Read the latest news and updates for the campaign to 'raise the humanitarian intake'. Any Community Sponsorship Program must be in addition to Australia’s annual humanitarian intake.
Read More

Amnesty has called on the Australian Government to commit to increasing the Humanitarian Program to...
Read More Download Report Submission: the Australian Human Rights Commission’s Inquiry Into the Use of Alternative Places of Detention

A submission to the Australian Human Rights Commission's inquiry into the use of Alternative Places...
Read More Download Report