Loved Beyonce’s political stance at the Super Bowl? Laughed out loud at Nakkiah Lui’s Black Comedy? It’s exciting to see the push for black and Indigenous rights creeping into the mainstream. Here’s a few other home-grown young Indigenous heroes who are totally nailing it for progress — ‘like’ them before everyone else does. Rachael was born in Melbourne but grew up all over Australia; her grandmother’s country is in the Tanami Desert, and she identifies as a Warlpiri woman.

As a journalist for NITV, Rachael reports on the disproportionate rate of domestic violence among Indigenous Australians, black feminism, land rights and the mental health of young people. “I try to write about anything that affects black Australia…I also love a good yarn that highlights the strength and achievement of our mob.”

“I’ll be keeping a close eye on how the government actually spends its investment in domestic violence measures for Indigenous women and communities, and a bunch of other features which I look forward to seeing on NITV’s new program, The Point.” Joe is a Wiradjuri Aboriginal man born in Cowra and raised in Wagga Wagga NSW. Joe’s main passion is mental health and he is a huge champion for Aboriginal equality: “Seeing an advancement in racial equality will, I believe, reduce incarceration rates and increase health and life expectancy.”

“I am currently part of the filming of a global documentary called ‘Suicide:The Ripple Effect’, brought to life by American suicide prevention campaigner Kevin Hines. It shares experiences of suicide and what people are doing for suicide prevention. And, I will continue to visit schools and communities across Australia to educate people on managing mental health.” Justice King hails from Mount Isa, Queensland, and is a proud Waanyi woman. Justice focuses on mental health, safety and equity rights: “These are basic human rights and areas where, I believe, many Indigenous people are disadvantaged. It is my passion to teach other young people the importance of fighting for rights, to path the way for our younger generations.”

“I am heading to university mid-year to study law. I hope to take part in the 2016 Queensland Youth Parliament and see where that takes me. And l hope that my peers can see my enthusiasm for better change and that it inspires them too.” 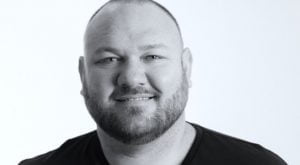 Originally from Darwin, Dameyon has Aboriginal (Mangarai), Torres Strait Islander (Mabuiag) and caucasian heritage. He lives on the lands of the Yawuru people in the West Kimberley.

Dameyon not only founded the Indigenous LGBTQI support group Black Rainbow Australia, he’s a member of the expert panel of the National Advisory Committee for the Aboriginal and Torres Strait Islander Suicide Prevention Evaluation Project (ATSISPEP) and is researching suicide prevention. “There is much that needs to be interrogated when it comes to Indigenous suicide.”

“I’m continuing on the expert panel for ATSISPEP and advising on the the first ever National Aboriginal and Torres Strait Islander Suicide Prevention Conference to be held this May. Also I’m attending the UN Permanent Forum for Indigenous Peoples in New York. Hopefully, I’ll successfully lobby for an international consortium to discuss how sexual orientation, gender identity and intersex rights are enacted within Indigenous Peoples’ rights.”