100 days after Rodrigo Duterte became president of the Philippines, a wave of unlawful killings has already claimed more than 3,000 lives, shattering progress on human rights in the country.

“Rodrigo Duterte’s first 100 days as president have been marked by state-sanctioned violence on a truly shocking scale. His brutal crackdown on those allegedly involved in drug crimes has led to carnage on the streets and the obliteration of key human rights, including the right to life and to due process,” said Rafendi Djamin, Director of Southeast Asia and the Pacific at Amnesty International.

“Since he was elected, President Duterte has actively created a climate where anyone can kill, or be killed, in the name of the ‘war on drugs’.”

“Since he was elected, President Duterte has actively created a climate where anyone can kill, or be killed, in the name of the ‘war on drugs’. This mass killing must end immediately and all those responsible, at all levels of command, must be brought to justice.”

President Duterte has promised to kill tens of thousands – and on one occasion millions – of people involved in the drugs trade. He has actively encouraged the killing of drug addicts themselves, as well as offering huge bounties to those who turn in drug lords, dead or alive. The ensuing bloodshed has affected bystanders as well as alleged criminals, including a five-year-old girl who was shot to death by two men on motorbikes and many others killed in cases of “mistaken identity”.

Many of the killings have been carried out by unknown assailants and there are credible reports of police complicity in these deaths.

Amnesty International is calling for a senate inquiry into extrajudicial killings which was suspended on 3 October to continue, and for independent, impartial and transparent investigations – free from the influence of the police – into all killings which have taken place since 30 June 2016. 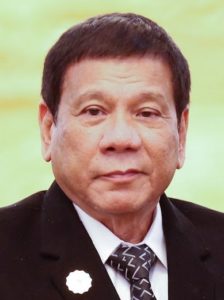 Amnesty International has repeatedly warned that President Duterte’s calls have given police, vigilante groups and the general population a free reign to kill with impunity. He has issued and publicised ‘kill lists’ – names of people allegedly associated with using or trading drugs – and suggested that murder by police or civilian actors will go unpunished.

These lists name officials including judges, members of Congress, police and military officers, as being involved in the drugs trade, often without evidence. Amnesty International is deeply concerned that the lives of all the people on these lists are in immediate danger.

“The Philippine authorities have a duty to protect people, not expose them as targets. Recent reports that special teams of police are undertaking extrajudicial executions of those suspected of using or selling drugs is deeply alarming. Justice will never be achieved by death squads,” said Rafendi Djamin.

“We are calling on the Philippines authorities to step back from the brink by ending all unlawful killings and all incitement to violence and hatred. If President Duterte is really serious about tackling crime, he should address its root causes, like widespread poverty and unemployment.”

Philippine Police Chief Ronald dela Rosa told senators that as of 20 September, over 1,500 people had been killed in police operations against illegal drugs, while there were over 2,000 murders by unknown assailants that are under investigation. The total number of killings is now suspected to be well over 3500 – at least 33 a day since Rodrigo Duterte came to power.

President Duterte has alleged that the Philippines is becoming a “narco-state” in order to justify the so-called war on drugs. There is little evidence to show this is true. The Philippines has a low prevalence rate of drug users, compared to the global average, according to the United Nations Office on Drugs and Crime (UNODC).

UNODC has found that counter-narcotic operations based on the use of force heighten the associated risks and harms of using drugs, and increase the levels of violence, human rights violations and abuses, without decreasing the incidence of drug use.

Philippines civilians attack must be met with justice

“The attack on civilians in President Rodrigo Duterte’s hometown of Davao is a brutal and...
Read More