A judge’s decision to acquit mother of two Yecenia Armenta Graciano and release her from prison on 7 June 2016 in northern Mexico brings an end to four long years of injustice.

Yecenia Armenta Graciano was arbitrarily detained by Sinaloa state investigative police in July 2012. She was beaten, near-asphyxiated and raped during 15 hours of torture until she was forced to “confess” to involvement in the murder of her husband.

“When they threatened to hurt my children, in that moment I wanted to die, I just wanted it all to stop. I wanted them to just give me a bullet to the head so that it would all stop,” she said in September 2014.

When they threatened to hurt my children, in that moment I wanted to die, I just wanted it all to stop. I wanted them to just give me a bullet to the head so that it would all stop

“The incredible cruelty of the torture that Yecenia suffered is part of the daily customs of Mexico’s police,” said Erika Guevara Rosas, Americas Director at Amnesty International. “Her release today provides a small glimmer of hope for those unjustly detained in prisons all over the country,”

Yecenia’s torturers came from the very same institution that presented the criminal charges against her. Despite the weight of evidence from national and international experts proving the torture that Yecenia suffered, as well as a recommendation from Mexico’s national human rights ombudsman, the Sinaloa State Attorney General’s Office insisted on accusing Yecenia with a serious crime.

Yecenia’s case featured in Write for Rights 2015, our annual letter writing campaign. People from across the world sent 300,000 letters, petitions and emails to Mexican authorities urging them to drop the charges against Yecenia and to release her immediately. Over 11,000 of these actions came from Australia.

Amnesty International has been campaigning on a number of cases of torture survivors all throughout the country. Yecenia’s is part of a group of brave women who have founded a national campaign focused on “breaking the silence” about the sexual violence and torture they have suffered.

Yecenia’s torturers are still at large and she spent four years unjustly locked up in prison. She still deserves reparation.

To keep up to date with the latest actions you can take for people like Yecenia, please sign up for actions and updates. 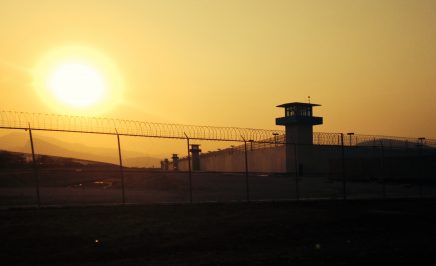