In May 2017, a bill aimed at decriminalising abortion in NSW was voted down by the Legislative Council. A similar bill failed to pass in Queensland last year. This means that right now — in a country that prides itself on championing gender equality — a woman can still be prosecuted for exercising her reproductive rights in two out of eight Australian states and territories.

Thanks to a set of ‘morality clauses’ from 19th-century English law, Australian women are left in a vulnerable state when it comes to legal rights and safe abortion access. Our politicians’ endorsement of such archaic laws may seem ludicrous, but a recent report published by nonprofit Equality Now shows anti-women laws are far from uncommon.

From legislations that forbid women from working at night, to loopholes that let sexual offenders go free by marrying their victims, here are seven shockingly sexist laws that still exist today.

1. In 37 states of the US, doctors are forced to hand out false information about abortion

Under a law known as ‘informed consent’, US clinics that provide abortion services in at least 37 states are required to give their patients state-authored brochures before the procedure. A recent study by Rutgers University found nearly one-third of the material in the brochures is medically inaccurate or misleading. Some of the false information includes linking abortion to increased risks of breast cancer, suicide and infertility, as well as specious claims that “foetuses feel pain during abortions”.

2. In Georgia, it’s legal to take pictures up a woman’s skirt

In 2016, a Georgia Court of Appeal ruled that using a mobile phone to take photos or videos without a woman’s consent is, in fact, legal. Judge Elizabeth Branch concluded that while the behaviour was lewd, the state’s voyeurism law only forbids non-consensual recordings if they “occur in any private place and out of public view.” In other words, since the grocery store is a “public space”, the victim’s body was deemed fair game.

3. In Northern Nigeria, a man is allowed to hit his wife for the purpose of “correcting” her

Intimate partner violence is permitted in Northern Nigeria, so long as a husband can prove that the beating is “for the purpose of correcting his wife” and does not result in “grievous bodily harm”. Alarmingly, the same clause defines “bodily harm” as injuries that leads to over 21 days of hospitalisation. Across the world, the Russian government has recently voted on a bill to decriminalise domestic abuse. The new law states first-time offenders will no longer face criminal charges, and repeated offenders will receive leniency so long as the abuse “happens no more than once a year”.

4. In Lebanon, rapists get to walk free if they marry their victims

Activists have called on the Lebanese government to repeal a law that allows rapists to walk free by marrying their victims. Under Article 522 of the Lebanese Penal Code, perpetrators can exploit a legal loophole that states once women are married, they are expected to “surrender their rights to bodily autonomy”. In April, Lebanese artist Mireille Honein hung wedding dresses on Beirut’s seafront to protest the anti-women legislation.

‘Undress 522’, an installation by Mireille Honein and ABAAD to show solidarity with women in Lebanon, protesting law thay currently allows a rapist to be exonerated if he marries his victim. I am so moved by this work. #mireillehonein #undress522

5. In Saudi Arabia, women still can’t get a passport without a man’s approval

Saudi Arabia may have been elected to the UN women’s council and recently overturned a ban on women driving but it’s still unquestionably one of the worst nations for gender equality. To date, women in Saudi Arabia are still forbidden from obtaining a passport, marrying, and accessing certain government services without permission from a male guardian.

6. In Iran, a woman can be jailed for ignoring the country’s strict dress code

In 2016, an Iranian woman was arrested for posting a photo of herself without a hijab on Instagram. The arrest sparked renewed attention on Iran’s strict dress code, which requires women to wear a hijab in public, or risk facing fines and up to a two-month jail term. In recent years, a website called My Stealthy Freedom encourages Iranian women to post photos of their uncovered heads in protest of the law. The movement has since gained over 1 million Facebook followers and continues to be featured on international news outlets.

#چهارشنبه_هاي_سفيد
We will experience a day without compulsion. Next Wednesday we walk unveiled for whole day. #mystealthyfreedom pic.twitter.com/de9seEVQ9T

7. In Madagascar, women are not allowed to work at night

Women are banned from working at night in Madagascar, regardless of whether the work is “public, private, secular or religious”. According to a new report by the World Bank, they are also forbidden from handling and selling “printed literature, posters, drawings, engravings, paintings, emblems and images” — such trades are considered “contrary to morality”. Meanwhile, in Russia, women are prohibited from 456 types of work, and in Guinea, a married woman may only work if she is granted permission from her husband. 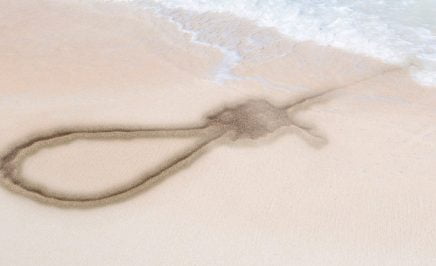 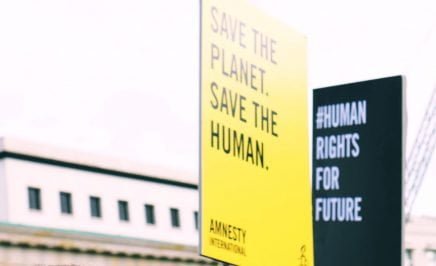 Madagascar: Global leaders must act urgently to save lives and protect rights threatened by climate crisis

The global climate crisis has intensified a devastating drought in southern Madagascar, and Amnesty...
Read More