Are you an Aboriginal or Torres Strait Islander sculpture artist with a passion for human rights? Do you believe in a free press and the ability of the Australian media to speak truth to power?

Amnesty International Australia is looking for an Indigenous artist to design and produce six trophies, which will be presented to the winners of the 2017 Media Awards at the awards ceremony on Wednesday 1 November.

ABOUT THE MEDIA AWARDS

Since 2014 the Amnesty International Australia Media Awards have been recognising excellence in reporting of human rights issues in the Australian media. 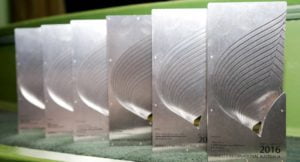 The awards celebrate journalists who have gone the extra mile to reveal hidden abuses and encourage greater understanding of human rights in Australia and around the world.

This year the awards ceremony will be held on 1 November 2017. The final trophies will be showcased on Amnesty’s social media channels, and possibly through media.

Submit an expression of interest, detailing your design to media.awards@amnesty.org.au by Midnight 13 August 2017.

The expression of interest should be no more than two A4 pages and clearly convey your approach to the project and an illustration of the finished product .

For the final product we need six trophies / sculptures produced, one identical trophy for each winner in the six categories. The six finished trophies should be as identical as possible.

Trophies must incorporate space for the winners’ names, the name of the media outlet, and the words ‘Amnesty International Australia Media Awards 2017.’

The selected artist will be paid for their work. For more information please email media.awards@amnesty.org.au

Acceptance of expressions of interest for the Amnesty International Australia Trophy Design is subject to the acceptance of these terms and conditions.