Next week, Amnesty’s global head of research is coming to Australia to shine a light on the abuses occurring in the Government’s offshore processing of refugees. Anna Neistat leads Amnesty’s research globally and has conducted over 60 investigations into human rights abuses, mainly in conflict areas. This July, she quietly visited Nauru to expose the deliberate system of abuse of people seeking asylum that the Australian Government has set up on Nauru. She is visiting us from Paris for just over a week.

Come along to one of the below events to listen to her findings in Nauru and other conflict zones.

On 2 August, we released our initial investigation findings which found intentional abuse by governments of people seeking asylum, hidden behind a deliberate wall of secrecy.

On Monday 17th October at 8.30pm AEST, we will launch the full report of our investigation into Australia’s processing of refugees on Nauru. This is an important report that supports the many findings over the years of patterns of violations and unfair treatment of people seeking refuge in Australia. Keep an eye out in the news and on social media! In late October you will find summaries of the report on our website that you can use in your campaigning.

If you haven’t already, please check out these useful tools for you and your action group’s campaigning for refugee rights:

In mid September this year, Amnesty began a new global campaign called “I Welcome” calling on governments to welcome refugees and to do more to share responsibility to take care of refugees. The global campaign runs until end of 2018 and Australia is one of several target countries.

Whilst Amnesty Australia has been working to protect and advance refuge rights for over 25 years, we need the global Amnesty movement to help step up pressure on the Australian government to change its refugee policy and treat fairly thousands of people seeking refuge in Australia.

On 4 October, we released our overview of the refugees around the world – Australia was a key mention.

What’s coming up after Anna’s visit?

In November, there will be an Amnesty Global Week of Action and you’ll receive more information in the next Leader bulletin. Additionally, over coming months, specific Amnesty offices in countries that influence Australia will be lobbying their governments and increasing media coverage of Australia’s abusive treatment of refugees. 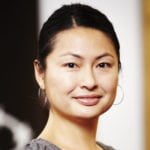 The Australian Government is choosing to subject women, men and children to an elaborate and cruel...
Read More