As a journalist in Zimbabwe throughout the 2000s, I reported on the brutal killing sprees and human rights abuses of Robert Mugabe’s henchmen and widespread corruption.

It was never going to be a walk in the park. An informed people is a powerful people and that’s why the dictatorship did everything to gag the media. But I had good reason for speaking out. I was contributing to the struggle for democracy and freedom in Zimbabwe through my work as a journalist – and I have no regrets. I did the right thing.

In the days before escaping from my birth country, I saw one of my cousins tortured to death, and I watched my mother die as a result of the wounds from an assault.

This was not the Zimbabwe I remembered as a child. It used to be a country carefree and full of promise.

Myself, I had received beatings and several death threats. I often took to the stage in Zimbabwe to speak about the violence and corruption I had uncovered, in front of crowds of thousands.

The last time I spoke on stage it ended badly. I was abducted, blindfolded, beaten, taken to an unknown location and held captive for days.

I knew that for the sake of my children and those I loved, I had to escape Zimbabwe.

I arrived in Canberra as an asylum seeker in 2010, and found welcome and support through community organisations such as the Canberra Refugee Support, and the Migrant and Refugee Settlement Services, as well as from individuals. I experienced kindness and loving care, which helped me to make a fresh start.

I enrolled in a social work degree, as a process of self-healing. It was a way of confronting my past, and giving back to all those people who have assisted me in Australia and elsewhere that I may never meet.

I’m a strong advocate for mental health and working with youth, and I’m passionate about using music to create social inclusion. Before completing my studies, I joined the Australian Red Cross and worked with newly arrived asylum seekers.

I’m a drummer, and I’ve used music as therapy for people suffering from mental health issues. I’ve also used music to share my Zimbabwean culture with people in Australia.

While caring for my children and working full time, I studied for a Masters in child and adolescent welfare. I know that without community support, I never would have achieved this. 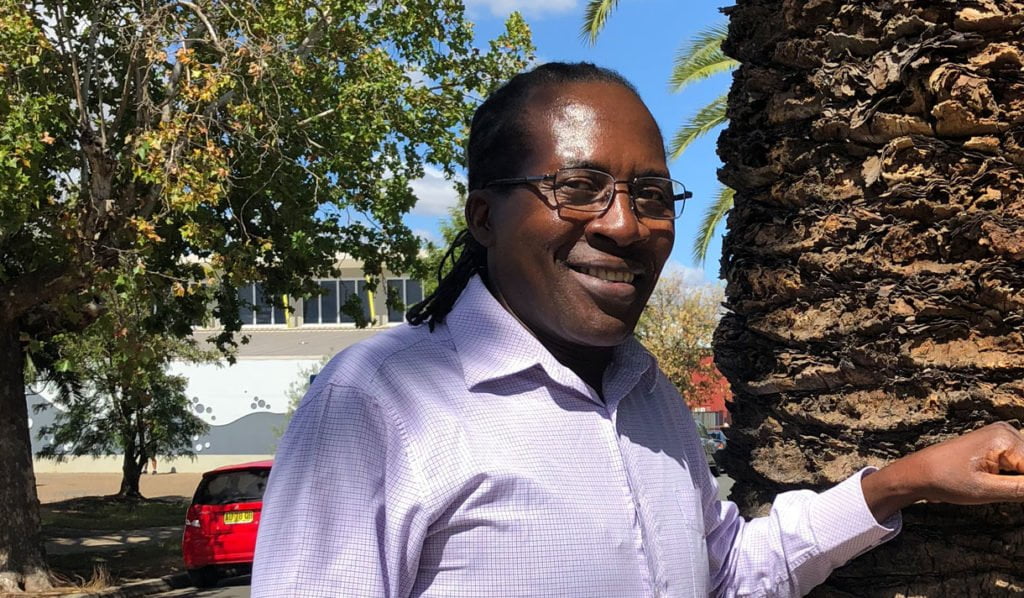 I recently moved to Wagga Wagga where I now work for an Indigenous community service as lead family therapist.

It has been a really wonderful experience to be here, with my family and to be able to contribute to the life of this wonderful town.

“There is a very strong community connection in this place, where everyone does their bit and helps each other out. It’s a very natural generosity and human connection”

I support new alternatives to bring refugees to Australia, including Amnesty’s calls for a fairer, expanded community sponsorship program in Australia. There is great community capacity to sponsor and support refugees, especially in regional areas like Wagga Wagga and the Riverina.

I believe that if someone can be supported and assisted to rebuild hope and resilience, then they can manage to not only be stronger but make a tremendous contribution to the society that has nurtured and taken care of them.”