Ratan Gazmere, a former refugee now living in Australia, was arrested, tortured and imprisoned in 1989 in Bhutan. Just two letters – ‘A’ and ‘I’ – traced on his wife’s back sparked a campaign that eventually freed him and hundreds of others.

Ratan Gazmere and five other men were arrested in November 1989 in Bhutan, accused of treason, tortured and detained without trial. Placed in solitary confinement, the men were told to expect to spend the rest of their lives in prison.

Eventually allowed a visit, Ratan saw his wife Gauri again for the first time in the presence of a police official. Sitting beside her and shielded from view, he repeatedly traced the letters ‘A’ and ‘I’ on Gauri’s back. Initially puzzled, friends later suggested to Gauri that Ratan might want her to contact Amnesty International – which she did immediately.

That act sparked a campaign that mobilised thousands of Amnesty members. In 1990, Ratan was declared a prisoner of conscience. The following year he became our ‘prisoner of the month’ – one of our earliest membership action campaigns.

The campaign had a decisive impact, recalls Gauri. “I learned that hundreds and thousands of letters were arriving in the capital’s post office in support of Ratan.”

A letter from Ratan himself finally made it to Gauri in November 1991.

“Following the 1991 prisoner of the month campaign,” says Ratan, “the pressure mounted on the Bhutanese Government on my behalf, which resulted in improved treatment and earlier release from prison.”

In January 1992, Amnesty International visited Bhutan for the first time. One month later, the King of Bhutan declared an amnesty, releasing 313 political prisoners. The government also banned the use of shackles in prisons and invited the International Committee of the Red Cross to visit Bhutan’s prisons regularly.

Following his release, Ratan and Gauri left for the refugee camps in Nepal.

There, he worked for the rights of Bhutanese refugees, living as a refugee for 18 years before finally settling in Australia. He has worked with international and local NGOs and continues to work for refugee rights as an Amnesty International member.

The nation’s leading humanitarian and human rights organisations are calling on the Australian...
Read More 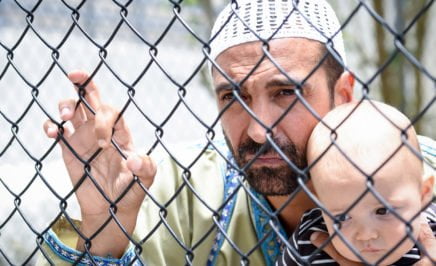 Annual humanitarian intake of refugees should be increased to 20,000 this year, expanding to 30,000...
Read More