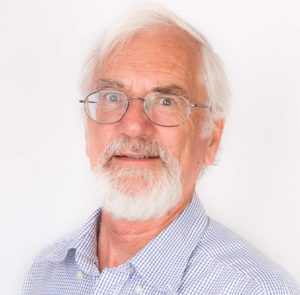 Dr Sid French is a structural engineer with long experience in the international infrastructure industry. He is also a member of Amnesty International Australia’s 20/20 Council and believes in the humane treatment of refugees.

Franco Belgiorno-Nettis personified the Australia of the fair go. Having immigrated to Australia to escape poverty in early 1950s Italy, he and fellow migrant Carlo Salteri founded Transfield Pty Ltd, which went on to become the largest engineering and construction company in the Southern Hemisphere. It was a company known to openly celebrate its migrant heritage by encouraging the employment of migrants.

Transfield Services*, an offshoot of the original company, was the head contract holder at Australia’s Refugee Processing Centre (RPC) on Nauru from September 2012. It changed its name to ‘Broadspectrum’ in 2015.

Today Broadspectrum continues** to carry out, on a day-to-day basis, the dirty work of the Australian Government’s abusive offshore detention policies. Broadspectrum enables a system of abuse on some of the world’s most vulnerable people, people who travelled to Australia hoping to rebuild their lives in safety.

It is the Australian government that has laid the blueprint for cruelty and abuse, creating these islands of despair for the men, women and children who have languished there for almost four years. But for former owners including Transfield Holdings, and Broadspectrum’s current owner – Spanish corporate giant Ferrovial – Nauru and Manus have become islands of profit.

Last Wednesday, in Spain to a room full of investors and stakeholders, a message was delivered. It was not the message those attending Ferrovial’s Annual General Meeting in Spain expected to hear, but it is certainly one they needed to hear. It came from Amnesty International, who had attended the meeting and came with a clear warning:

‘If your business is willing not only to turn a blind eye to abuse but to reap vast profits from the suffering of others, you will be named and shamed and you will be held to account’.

“Broadspectrum now enables a system of abuse on some of the world’s most vulnerable people, people who travelled to Australia hoping to rebuild their lives in safety”

Amnesty launched its Treasure I$land report last week, putting on notice any company or organisation considering taking over once Ferrovial’s contract that ends this October: “You will be complicit in an intentionally and inherently abusive and cruel system. You will be acting in direct contravention of your human rights responsibilities and you will be exposing yourself to potential legal liability.”

Australia’s “offshore processing” system on Nauru and Manus Island is so fundamentally at odds with even basic human dignity that it would be impossible to provide core services at the Refugee Processing Centres (RPCs) without causing or contributing to serious human rights abuses.

The part of Broadspectrum’s business that runs its operations on Nauru and Manus Island in Papua New Guinea, contributed AUD$1.646 billion in the 2016 financial year – an astonishing 45% of the company’s total operating revenues. Meanwhile, Ferrovial has raked in 1.4 billion euros in revenues from Broadspectrum since acquiring the company, a substantial portion of which comes from operations on Nauru and Manus Island. I find it shameful that our taxpayer’s money is funding deliberate human suffering, let alone finding its way into the pockets of these companies profiting from it.

“This is business at its worst. No company or organisation should profit from the abuse of people fleeing conflict and persecution”

On Wednesday as global headlines from the UK to Italy and Australia to Brazil named and shamed Ferrovial (a household name in Spain) and millions of people read about the company’s complicity in abuse, surely their investors started weighing up the true cost?

Ferrovial has repeatedly maintained the line that “…immediately after acquiring Australian company Broadspectrum, that it would not bid for the contracts when they come up for renewal in October 2017 as they are not part of its strategic business portfolio.”

But does this allow them to turn a blind eye to people such as “Yasmin” who is from Iran and whose mental health has deteriorated to such a point during her time in the centre that she has repeatedly tried to commit suicide? Will she survive another five months, and will others?

Business at its worst

Proper corporate governance, based on internationally-endorsed standards of conduct and requiring respect for all human rights, would have identified the insupportable activities of Broadspectrum and abandoned the purchase. Yet Ferrovial acquired Broadspectrum in full knowledge of the extent of the human rights abuses on Nauru and Manus. and the level of profit that Broadspectrum makes on the back of this immense suffering.

“With hundreds of millions being made from the blood and suffering of these two thousand men, women and children, even babies, would the original founders… recognise this company now?”

This is business at its worst. No company or organisation should profit from the abuse of people fleeing conflict and persecution. No one should benefit from a system that is so deliberately cruel and abusive that Amnesty International says in the case of Nauru, amounts to torture.

You should not make money from subjecting people to abuse, it’s as simple as that.

Ferrovial and Broadspectrum are mistaken to think they can simply walk away with their pockets full once the contract ends in October. This isn’t just about damage to reputation – these companies have exposed themselves to liability under civil and criminal law. In February this year, 17 international criminal law and refugee law academics submitted a case for investigation by the International Criminal Court, outlining the potential legal liability of Australian officials and directors of Ferrovial for crimes against humanity.

With hundreds of millions being made from the blood and suffering of these two thousand men, women and children, even babies, would the original founders of Transfield Franco Belgiorno-Nettis and Carlo Salteri celebrate this descendent of their original company or would they turn in their graves?

**The Australian Senate’s 2015 inquiry into conditions in the RPC on Nauru reported that in early 2014 Transfield Services assumed management of the complaints process for people seeking asylum held in the RPC. 725 complaints in relation to staff were received from February 2014 to April 2015, of these 96 were related to Transfield Services employees or services. The Senate Committee found that “The incidents and complaints recorded by Transfield [Services] since 2012 included some 45 allegations of child abuse and sexual assault. The committee is very deeply concerned about a situation in which this level of reported misconduct can occur and, at least until brought to light by the [2015] Moss Review, apparently be accepted.”

This article was amended on 21 April 2017 to clarify details of the corporate history of the companies mentioned.