More than 1,000 people, many arrested arbitrarily, are being held in horrific conditions and dozens are dying from disease and malnutrition or have been tortured to death, as part of the Cameroonian government and security forces crackdown on Boko Haram.

More than 1,000 people, many arrested arbitrarily, are being held in horrific conditions and dozens are dying from disease and malnutrition or have been tortured to death, as part of the Cameroonian government and security forces crackdown on Boko Haram, Amnesty International revealed in a new report published today.

More than 1,000 people, many arrested arbitrarily, are being held in horrific conditions and dozens are dying from disease and malnutrition or have been tortured to death.

“In seeking to protect its population from the brutality of Boko Haram, Cameroon is pursuing the right objective; but in arbitrarily arresting, torturing and subjecting people to enforced disappearances the authorities are using the wrong means,” said Alioune Tine, Amnesty International West and Central Africa Regional Director.

“With hundreds of people arrested without reasonable suspicion that they have committed any crime, and people dying on a weekly basis in its overcrowded prisons, Cameroon’s government should take urgent action to keep its promise to respect human rights while fighting Boko Haram.”

The findings come just weeks after a suicide attack by Boko Haram in Djakana, near Limani killed 11 people. This was the latest in an onslaught that has claimed 480 civilian lives this year. Approximately half of Boko Haram’s 46 suicide attacks have been carried out by children.

Up to eight people dying each month in Maroua Prison

More than 1,000 people accused of supporting Boko Haram are currently detained in desperately overcrowded prisons, in insanitary conditions where malnutrition is rampant. In Maroua prison, for example, between six to eight people die each month. Despite some efforts to improve the water supply and begin the construction of new cells, conditions in the prison remain inhumane with nearly 1,500 people detained in a building built for 350. Family visits to detainees are strictly limited.

Arrests conducted by security forces, often on the basis of little information or arbitrary criteria and sometimes targeting whole groups, have swelled prison populations. In February 2015 for example, in Kossa, 32 men were rounded up and arrested based on accusations that the village was providing food to Boko Haram. Most were later released, but one man died in custody.

Arrests have also often been accompanied by unnecessary or excessive use of force. In November 2014 members of the Rapid Intervention Brigade (BIR) unlawfully killed seven unarmed men during an operation in the village of Bornori, and arrested 15 others, before returning in the following weeks to burn houses. In another example from July 2015, soldiers from the regular army rounded up and assaulted approximately 70 people in Kouyapé.

Tortured to death while detained incommunicado

Amnesty International documented 29 cases of people being tortured by members of the security forces between November 2014 and October 2015, including six who subsequently died. Most cases of torture were committed while people were held incommunicado at illegal detention sites in military bases run by the BIR in Salak, near Maroua, and Mora, before being transferred to the official prisons. Victims described being beaten for long periods with sticks, whips and machetes, sometimes until they lost consciousness.

One 70 year-old man detained at Salak told Amnesty International how he had watched men in plain clothes torture in the BIR base his son for 10 days, and how he saw two men beaten to death:

“We were all interrogated in the same room, one by one, by a man dressed with the BIR uniform. Two other men in plain clothes carried out the beatings and other torture. That day, two prisoners were beaten up so badly that they died in front of us. The men in plain clothes kicked them and slapped them violently, and hit them with wooden sticks.”

“That day, two prisoners were beaten up so badly that they died in front of us.”

“I was not beaten because I am old, so I was the one to help carrying the two dead bodies from the interrogation room to the cell. That night we slept in the cell with two dead bodies, and the day after the BIR came, threw plastic bags towards us, asked us to put the bodies inside and then came to collect them. I don’t know where the bodies were taken and whether they were ever buried.”

“I was not beaten because I am old, so I was the one to help carrying the two dead bodies from the interrogation room to the cell.”

Torture was also documented at the General Directorate of External Research (DGRE) in Yaoundé, including the Radio France Internationale (RFI) journalist Ahmed Abba who was stripped and beaten following his arrest in July 2015.

More than 100 people sentenced to death in unfair military trials

In cases where detainees suspected of supporting Boko Haram are brought to trial, they face military courts in which the death penalty is by far the most likely outcome. More than 100 people, including women, have been sentenced to death in Maroua’s military court since July 2015, although none have yet been executed.

Defendants are often convicted on the basis of limited evidence, including the testimonies of anonymous informants who cannot be cross-examined, or circumstantial evidence such as a defendant’s failure to explain a journey away from their home village or the loss of an identity card. Poorly paid and over-stretched government-provided lawyers are too under-resourced to provide an adequate defence.

Amnesty International observed the trial of four women who were convicted and sentenced to death in April 2016 solely on the basis of a statement made by a member of a local vigilante committee after they returned from Nigeria where they were working as domestic servants. Their only contact in the whole process with a lawyer was during a short break in the court proceeding.

“After being arrested without reasonable cause and suffering in dire prison conditions while awaiting trial, people from all across Cameroon risk being convicted and sentenced to death by military courts, based on little or no evidence, in patently unfair trials,” said Alioune Tine.

Most defendants are charged under an anti-terrorism law introduced in December 2014. This law provides ambiguous definitions of terrorism that threaten freedom of expression.

The law has been used against a 27 year-old man, Fomusoh Ivo Feh, who was arrested after having sent a sarcastic SMS message to his friends, joking about Boko Haram recruiting young graduates. He is being tried by the military court in Yaoundé and could face the death penalty.

“If a student can face the death penalty for sending a sarcastic text message, it is clear that there is a serious problem with the design and use of Cameroon’s anti-terrorist legislation. The authorities should reform the law and ensure it provides a framework for protecting the population without stripping away their rights,” said Alioune Tine.

“If a student can face the death penalty for sending a sarcastic text message, it is clear that there is a serious problem with the design and use of Cameroon’s anti-terrorist legislation.”

Amnesty International is calling for the government to urgently implement a range of measures to prevent human rights violations in its fight against Boko Haram. These include ending mass and arbitrary arrests, bringing suspects directly to official detention sites, stopping torture, ensuring detainees’ access to families and lawyers, establishing a central register of detainees, improving prison conditions, reforming the anti-terrorism law and investigating all allegations of human rights violations.

Between October 2015 and July 2016, Amnesty International interviewed more than 200 people in the Far North region of Cameroon, documenting incidents in which hundreds of people were arrested, visiting prisons, observing trials, and collecting detailed information on 82 individual cases of human rights violations by the Cameroonian authorities and security forces. The organisation also analysed satellite images of one village in which houses were burnt by security forces. The main findings of the report were sent in writing to the authorities on 7 May 2016, but no response was received.

As a result of Boko Haram’s abuses, over 170,000 people from Cameroon, mostly women and children, have fled their homes and are now internally displaced across the Far North region. Cameroon also hosts over 65.000 refugees who have fled the armed group’s attacks in Nigeria. 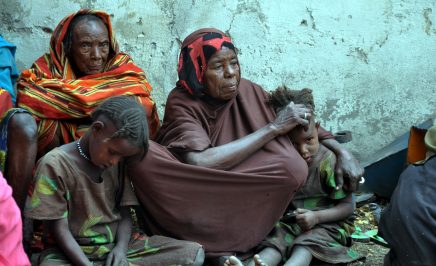 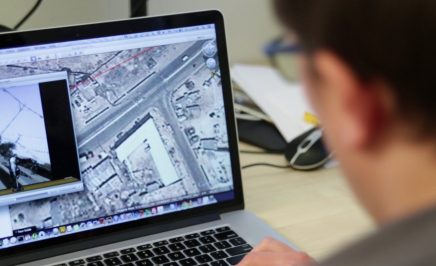 Responding to the news of the escalating bombing campaign by the Syrian government and its ally...
Read More