In the final days of his term, President Obama commuted the sentence of WikiLeaks source Chelsea Manning. Manning had been serving a 35-year sentence in a maximum security prison after releasing documents to the website WikiLeaks which revealed potential human rights violations by the U.S. military. In 2015, she told us why speaking out against injustice can be a once-in-a-lifetime opportunity.

Why did you decide to leak documents about the wars in Iraq and Afghanistan?

These documents were important because they relate to two connected counter-insurgency conflicts in real-time from the ground. Humanity has never had this complete and detailed a record of what modern warfare actually looks like.

Once you realise that the co-ordinates represent a real place where people live; that the dates happened in our recent history; that the numbers are actually human lives – with all the love, hope, dreams, hatred, fear, and nightmares that come with them – then it’s difficult to ever forget how important these documents are.

“Every now and then you come across a significant choice. Do you really want to find yourself asking whether you could have done more, 10-20 years later?”

What did you think the consequences might be for you personally?

In 2010, I was a lot younger. The consequences felt very vague. I expected the worst possible outcome, but I didn’t have a strong sense of what that might entail. But I expected to be demonised and have every moment of my life examined and analysed for every single possible screw-up that I’ve ever made – every flaw and blemish – and to have them used against me in the court of public opinion. I was especially afraid that my gender identity would be used against me.

Awesome: Thank you all so much for your love and support. You make anything possible! https://t.co/HCNztVIZg7 @POTUS #timeserved pic.twitter.com/lZi0Me66sK

What was it like to feel the full force of the US justice system and be presented as a traitor?

It was particularly interesting to see the logistics involved in the prosecution: the stacks of money spent; the gallons of fuel burned; the reams of paper printed; the lengthy rolls of security personnel, lawyers, and experts – it felt silly at times. It felt especially silly being presented as a traitor by the officers who prosecuted my case.

I saw them out of court for at least 100 days before and during the trial and developed a very good sense of who they were as people. I’m fairly certain that they got a good sense of who I am as a person too. I remain convinced that even the advocates that presented the treason arguments did not believe their own words as they spoke them.

“The numbers are actually human lives – with all the love, hope, dreams, hatred, fear, and nightmares that come with them”

In an ideal world, governments, corporations, and other large institutions would be transparent by default. Unfortunately, the world is not ideal. Many institutions begin a slow creep toward being opaque and we need people who recognise that. I think the term “whistleblowers” has an overwhelmingly negative connotation in government and business, akin to a “tattle-tale” or “snitch”. This needs to be addressed somehow. Very often policies that supposedly protect such people are actually used to discredit them.

What would you say to somebody who is afraid to speak out against injustice?

First, I would point out that life is precious. In Iraq in 2009-10, life felt very cheap. It became overwhelming to see the sheer number of people suffering and dying, and the learned indifference to it by everybody around me, including the Iraqis themselves. That really changed my perspective on my life, and made me realise that speaking out about injustices is worth the risk.

Second, in your life, you are rarely given the chance to really make a difference. Every now and then you do come across a significant choice. Do you really want to find yourself asking whether you could have done more, 10-20 years later? These are the kinds of questions I didn’t want to haunt me. 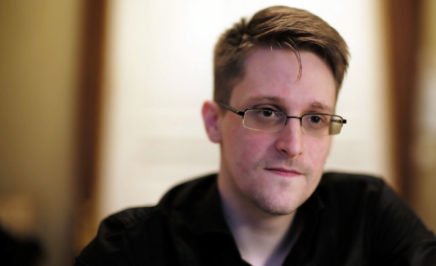 How to protect yourself as a whistleblower