“This 46-page document lays bare the scale and severity of the human rights violations taking place in Xinjiang – which Amnesty International previously concluded amounted to crimes against humanity. There can be little doubt why the Chinese government fought so hard to pressure the UN to conceal it.

“The inexcusable delay in releasing this report casts a stain on the OHCHR’s record, but this should not deflect from its significance. It mirrors reporting by Amnesty and other credible organizations documenting patterns of torture or ill-treatment as well as incidents of sexual and gender-based violence. Crucially, it finds that the “‘extent of arbitrary and discriminatory detention of members of Uyghur and other predominantly Muslim groups … may constitute … crimes against humanity.’”

“Now that the OHCHR has finally made its findings public, it is time for the UN Human Rights Council to set up an independent international mechanism to investigate these crimes under international law and other serious human rights violations in Xinjiang.

“All member states have a moral obligation to support proposals to discuss the report and establish an investigatory mechanism, or else be left on the wrong side of history. There must be accountability for the Chinese government’s crimes against humanity, including through the identification and eventual prosecution of those individuals suspected of responsibility.

“Beijing’s repeated denial of the human rights crisis in Xinjiang rings ever-more hollow with this further recognition of the evidence of ongoing crimes against humanity and other human rights violation in the region.

“The Chinese authorities must immediately release all individuals arbitrarily detained in camps or prisons, end the persecution of Uyghurs, Kazakhs and other predominantly Muslim minorities in Xinjiang, and immediately allow true unfettered access to independent human rights monitors and investigators.”

The OHCHR’s assessment on Xinjiang was released today, almost a year after High Commissioner Bachelet informed the UN Human Rights Council, in September 2021, that it was being “finalized”.

In May 2022, Bachelet made an official visit to China, including Xinjiang, but she failed to acknowledge serious human rights violations in the country. Her statement at the end of her trip undermined efforts to advance accountability in the region, instead giving the impression she had walked straight into a highly predictable propaganda exercise for the Chinese government.

She admitted afterwards that she could not speak to any detained Uyghurs or their families while in Xinjiang, and was accompanied by state officials at all times in the region.

In a draft letter to Bachelet leaked by the media last month, Chinese authorities reportedly urged the High Commissioner “not to publish” her office’s assessment of Xinjiang.

Bachelet’s mandate as High Commissioner ends on 31 August 2022 after she decided not to seek a second term.

Since 2017, there has been extensive documentation of China’s crackdown against Uyghurs,

Kazakhs and other predominantly Muslim ethnic minorities in Xinjiang, carried out under the guise of fighting terrorism. In 2021, a comprehensive report by Amnesty International demonstrated that the systematic state-organized mass imprisonment, torture and persecution perpetrated by Chinese authorities amounted to crimes against humanity.

Amnesty International’s Free Xinjiang Detainees campaign has, to date, profiled 120 individuals who are among the perhaps one million or more people in arbitrary detention in internment camps and prisons in Xinjiang. 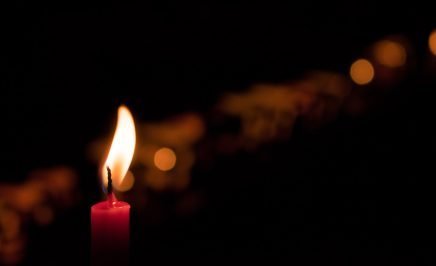