A lot of hard work is going on behind the scenes to keep up momentum for the Community is Everything campaign in the wake of the release of an interim report by the NT Royal Commission into Youth Detention, and a visit to Australia by the UN Special Rapporteur on the Rights of Indigenous Peoples. Here’s an update from our Indigenous Rights team.

The Northern Territory Royal Commission, which was called after the horrifying scenes at Don Dale, released its interim report into youth justice on 31 March. After weeks of horrific testimony from children and guards including footage of a guard ‘jokingly’ asking teenage inmates for oral sex, the Commissioners found that children are being failed by a detention system that focuses on punishment rather than healing and rehabilitation. Many children are leaving detention more damaged than when they entered. 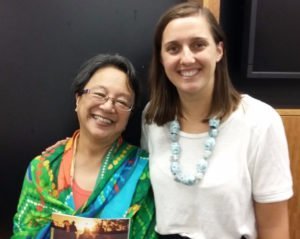 Amnesty International highlighted that this finding could be applied to just about every state and territory in Australia. We also joined with over 100 organisations calling on the Prime Minister to work in partnership with the States and Territories to immediately act to improve Australia’s youth justice system and end the over-representation of Aboriginal and Torres Strait Islander young people in detention.

On the very same day as the interim report release, another report was released that found that Aboriginal and Torres Strait Islander children are now 25 times as likely to be imprisoned as their non-Indigenous peers.

The final report from the NT Royal Commission will be released on 1 August. From that date, we’ll be mobilising around the country to secure a national strategy to close the justice gap, so keep an eye out for more details on how you can take action coming shortly.

Visit by UN Special Rapporteur on the Rights of Indigenous Peoples

The United Nations Special Rapporteur on the Rights of Indigenous Peoples, Victoria Tauli-Corpuz, recently finished her official visit to Australia. During her two week visit, she visited the Cleveland Youth Detention Centre in Townsville and was shocked at the over-representation of Aboriginal and Torres Strait Islander children in detention.

“It is completely inappropriate to detain these children in punitive, rather than rehabilitative, conditions. They are essentially being punished for being poor and in most cases, prison will only aggravate the cycle of violence, poverty and crime… I found meeting young children, some only twelve years old, in detention the most disturbing element of my visit.”

Amnesty International provided information to the Special Rapporteur and her advisors, and members of our Indigenous Rights Team attended meetings with her in Perth, Melbourne and Sydney.

In line with Amnesty’s Community is Everything Campaign, the Special Rapporteur urged the Government to raise the minimum age of criminal responsibility to 12 years of age, move away from detention and punishment towards rehabilitation, and to support Indigenous-led prevention and diversion programs. She welcomed the Government’s recent announcement that Australia will ratify the Optional Protocol to the Convention against Torture before the end of this year, and recommended that Prime Minister Turnbull adopt justice targets and develops and implements a national plan of action to address the over-representation of Indigenous kids in the justice system.

You can read the Special Rapporteur’s full statement here.

If you’d like to find out more about the progress of the campaign, we’re holding a national briefing via webinar on Tuesday April 18 at 7:30pm AEST. The briefing will have updates on all of our current priority campaigns: Refugees, Community is Everything and Child Labour in the palm oil industry. Today as the Royal Commission into the Protection and Detention of Children in the Northern...
Read More