Working on refugee rights, I have had the privilege of meeting people seeking asylum in many countries around the world.

Time and again I have been struck by the unfailing generosity and hospitality of people who have had to give up everything they know in search of a safer life.

I have often been plied with food and drink from people who could ill afford to share it. A family in Turkey prepared flatbreads stuffed with parsley and sprinkled with salt for myself and my colleague. In Melbourne I joined in the massive celebratory feast for a man who had finally been reunited with his family. People living in tents in Turkey always made sure I had a glass of juice or water. And Syrians – whose desensitisation to caffeine is a source of constant wonder to me! – have made me endless cups of fragrant cardamom coffee.

This commitment to welcoming outsiders goes beyond food. A group of Syrian men living under blankets by the side of the road in southern Turkey insisted that I be given a place to sit on the thin dusty mattress – their only furniture. In Indonesia, Rohingya people from Myanmar welcomed us to their shelters and spent hours sharing their stories of trauma and hope. When I travelled to Frankfurt to meet an asylum-seeker whose journey from Syria I had tracked, I was met with flowers and chocolates that spelled out “Danke”: thank you in German.

How infuriating, then, to hear politicians in wealthy countries boast of their “generosity” in hosting a few thousand people – or worse, to hear them stoking fear and trying to prevent people from coming at all.

Fortunately, I’m not alone in finding this hypocrisy and cruelty galling, and in wanting to do something to make my country more welcoming.

Many people – even in countries that appear irredeemably hostile to people seeking safety – think that their governments are doing far too little to host refugees.

But now there is a way for people who are outraged by this injustice to play an active role in redressing it. Through “community sponsorship,” ordinary citizens can be directly involved in helping refugees reach and settle into a new country. Although sponsorship programs vary across countries, generally the people who do the sponsoring have to raise funds, enter into an agreement with their government, and secure accommodation before refugees arrive. Sponsors are also responsible for things like registering children in school and helping new arrivals to access medical care.

In the late 1970s Canada set up the world’s first community sponsorship system in response to the displacement crisis following the American war in Vietnam. Since then, programs have been rolled out in several other countries, including Argentina, Australia, Ireland, New Zealand, Spain, the UK and the US.

In London I recently met a young family from Syria who had arrived with the help of community sponsorship. Rahaf and Monther, their daughter Aseel and son Mohammad, arrived in the UK late last year. My colleagues and I met them with two of their sponsors, John and Lily, who were keen advocates of community sponsorship and explained how meaningful and rewarding an experience they had found it.

“It’s clear that you get much more out of the scheme than what you put in,” John told us.

The children appeared to be thriving, singing English songs and joyfully showing us their toys. Monther and Rahaf were glowing in their praise of the program: they said that when they arrived, “We were made to feel welcome, like we were part of the family – we weren’t treated like refugees; we were treated like people.”

The conversation reminded me of people I met a few years ago in Toronto: groups of sponsors and newcomer families, among whom was a brilliant little girl called Maram. After a short time in the country, she already spoke fluent English. When I thanked her mother for the food she had served us, Maram piped up cheekily: “Why is the only Arabic word Canadians know ‘Shukran’?” I laughed at the time, but on reflection it’s clear why; sponsors are constantly at the receiving end of the newcomers’ hospitality. “Thank you” is the most important Arabic word for sponsors to learn.

I have discovered so much about true hospitality from refugees around the world. It is heartening that many people are learning those same lessons from newcomers in their own communities.

This story was originally published on Thomson Reuters Foundation. The Community Refugee Sponsorship Initiative (CRSI) is calling on government to create a system...
Read More

Over the past few years, Amnesty International offices on four continents have been working to...
Read More 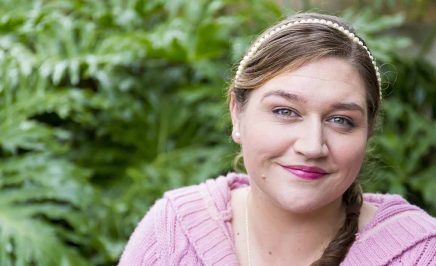