Amnesty International Australia today welcomes confirmation in Senate Estimates that a deal with New Zealand to settle 150 refugees per year from Australia’s offshore detention regime has been agreed to ‘in principle’.

It was stated in Estimates that the agreement is currently with the NewZealand Cabinet for final approval.

“New Zealand’s generous offer has been on the table since 2013 – it’s encouraging to hear it’s so close to being finalised, but now the Government has to act and get it done,” Amnesty International Australia Refugee Advisor, Dr Graham Thom, said.

“Too many people have been traumatised and lost years of their lives in our cruel immigration system and it’s past time they’re given a chance to rebuild their lives in safety and freedom.”

“All people deserve safety and a bright future: Australians won’t stand by any longer while politicians turn a blind eye to the suffering of people warehoused offshore and in places like the Park Hotel. It’s time to call ‘Game Over’ and get these people to safety so they can rebuild their lives.”

Mostafa (Moz) Azimitabar who was held in both Papua New Guinea and then in the Park Hotel APOD in Melbourne where he was evacuated for medical care said:

“This is absolutely a historical moment in Australia. The power of people is stronger than politicians. The government couldn’t resist this powerful pressure. Our consistency made this happen.” 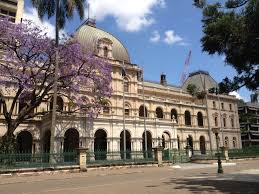