In times of crisis and conflict, there are not many people who would willingly run towards the danger, instead of away from it. But for Amnesty International’s crisis response worker Donatella Rovera, her job requires just that.

Most of us learn from an early age to run from danger. Others are born with an instinct to run towards it. Donatella Rovera is the latter.

For 20 years, armed only with a camera and a sense of justice, she has travelled to the world’s most dangerous locations, telling the stories others were unwilling to tell.

Along the way, she exposed true horror.

In 2014, Ms Rovera, an Amnesty International crisis response worker, was among the first people to reveal the sexual slavery or women by Islamic State in Northern Iraq.

She followed the heartbreaking story of American aid worker Kayla Mueller closely. She knows the 26-year-old — who was raped, tortured and murdered by IS — could have easily been her.

Despite that danger, she says she will never turn her back on the people who need her.

“I never think twice about whether I should keep doing this job,” says Ms Rovera.

“I never think twice about whether I should keep doing this job.”

“An individual can’t change the world but (I) can do my bit to try and make it a little less of a dark place.”

She said she tries to be careful but “ultimately there are no guarantees (of safety)”. Prior to Iraq, Ms Rovera walked the streets of war-torn Gaza, avoided air strikes in Syria and witnessed devastation in South Sudan where border conflict led to thousands of deaths of hundreds of thousands of displaced citizens. Most recently, she saw first hand the bloody trail or death and destruction in Yemen.

Amnesty has released Ms Rovera’s report, “Nowhere safe for civilians: Airstrikes and ground attacks in Yemen”. Its release coincides with World Humanitarian Day, which recognises people just like her who face danger and adversity head on with little regard for their own safety.

The report reveals how Saudi Arabia-led coalition air strikes in cities of Ta’iz and Aden have killed scores of innocent civilians including dozens of children.

Ms Rovera told news.com.au the hardest part of her work in Yemen was being asked to explain why war robbed families of their loved ones. She had no answers for that.

“Samia, a seven-year-old girl, lost a leg when shrapnel from a rocket struck the very humble home she shared with her mother and siblings in Aden,” she said.

“Samia, a seven-year-old girl, lost a leg when shrapnel from a rocket struck the very humble home she shared with her mother and siblings in Aden.”

“She was not getting the medical care she needed and was in terrible pain. Her mother asked me ‘What will her future be like, who will help us?’

“I could find no words to allay her fears. On the same day I met the surviving members of a family which had been decimated by an air strike launched by the Saudi-led coalition on a school where families displaced by the conflict were sheltering.

“Ten members of the family were killed, most of them women and children. Salama, a woman who lost three of her daughters in the strike told me: ‘My girls were killed and I wish I had died with them. I have nothing else in life’.

“Salama, a woman who lost three of her daughters in the strike told me: ‘My girls were killed and I wish I had died with them. I have nothing else in life’.”

“How do you console a mother for such terrible loss? She kept asking why they were bombed. I had no answer, because there is simply no reason for such an attack.” 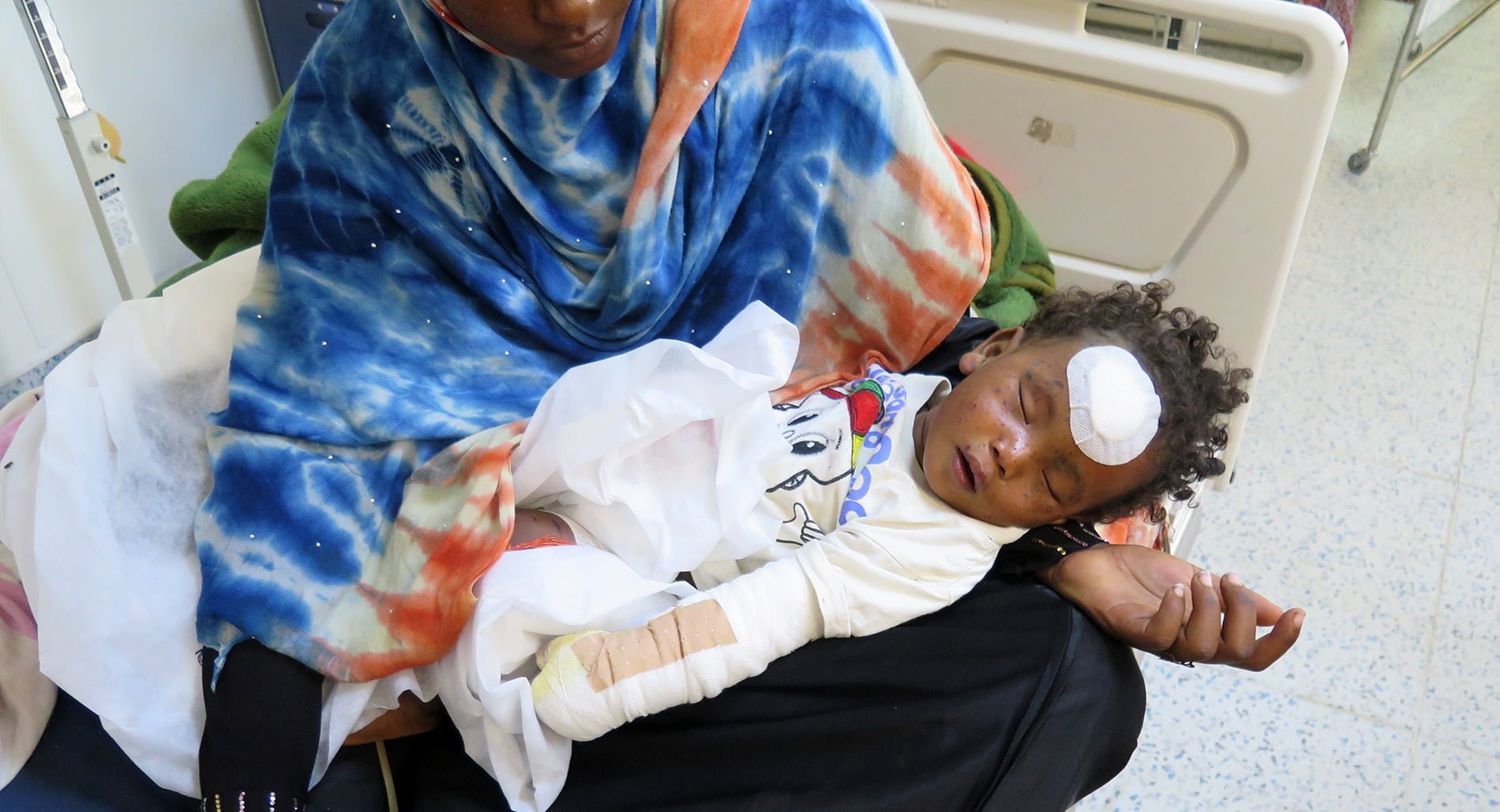 The fighting in Yemen is between forces loyal to ousted president Abdrabbuh Mansour Hadi and those allied to the rebels who ousted him, knows as Houthis.

Yemen’s security forces are split but both are opposed to al-Qaeda, which has long been known to have a stronghold in Yemen.

Ms Rovera investigated 30 air strikes. In her report, she accused both pro and anti-Huthi armed groups of “ruthless and wanton disregard for the safety of civilians” with repeated, indiscriminate bombings.

“Indiscriminate attacks that result in death or injury to civilians amount to war crimes.”

“Indiscriminate attacks that result in death or injury to civilians amount to war crimes.”

Ms Rovera spoke with a resident who described the aftermath of an attack on a residential compound in July.

He said “corpses and heads” were scattered everywhere “engulfed by fire and ashes”. He compared the sight to a scene from “Judgement Day”.

During another air strike last month where 11 people were killed in north Aden, witnesses gave their accounts of the bloodshed. One survivor described how a piece of shrapnel slashed open his abdomen. Another described the scene as “a massacre”.

Asir Omar Abdullah Saleh, 5, was at home with his mother in May when shrapnel from mortar injured him.

Doctors operated on him but some shrapnel remains in his kidney. They said it was miracle that he survived.

In several documented cases, children were killed or injured while playing in the streets or near their homes.

The individual stories are hard to read and the full scale of air strikes is hard to grasp. The United Nations says since bombs started dropping on Yemen on 26 March, more than 1950 people have died and 4,271 civilians have been injured.

Amnesty is calling on the UN Human Rights Council to create an international commission of inquiry to independently and impartially investigate alleged war crimes committed during the conflict.

Ms Rovera said those taking the lives of civilians need to be held accountable.

“If the international community fails to investigate and hold violators to account then such attacks and the rampant killing and injuring of civilians is only likely to continue,” she said. 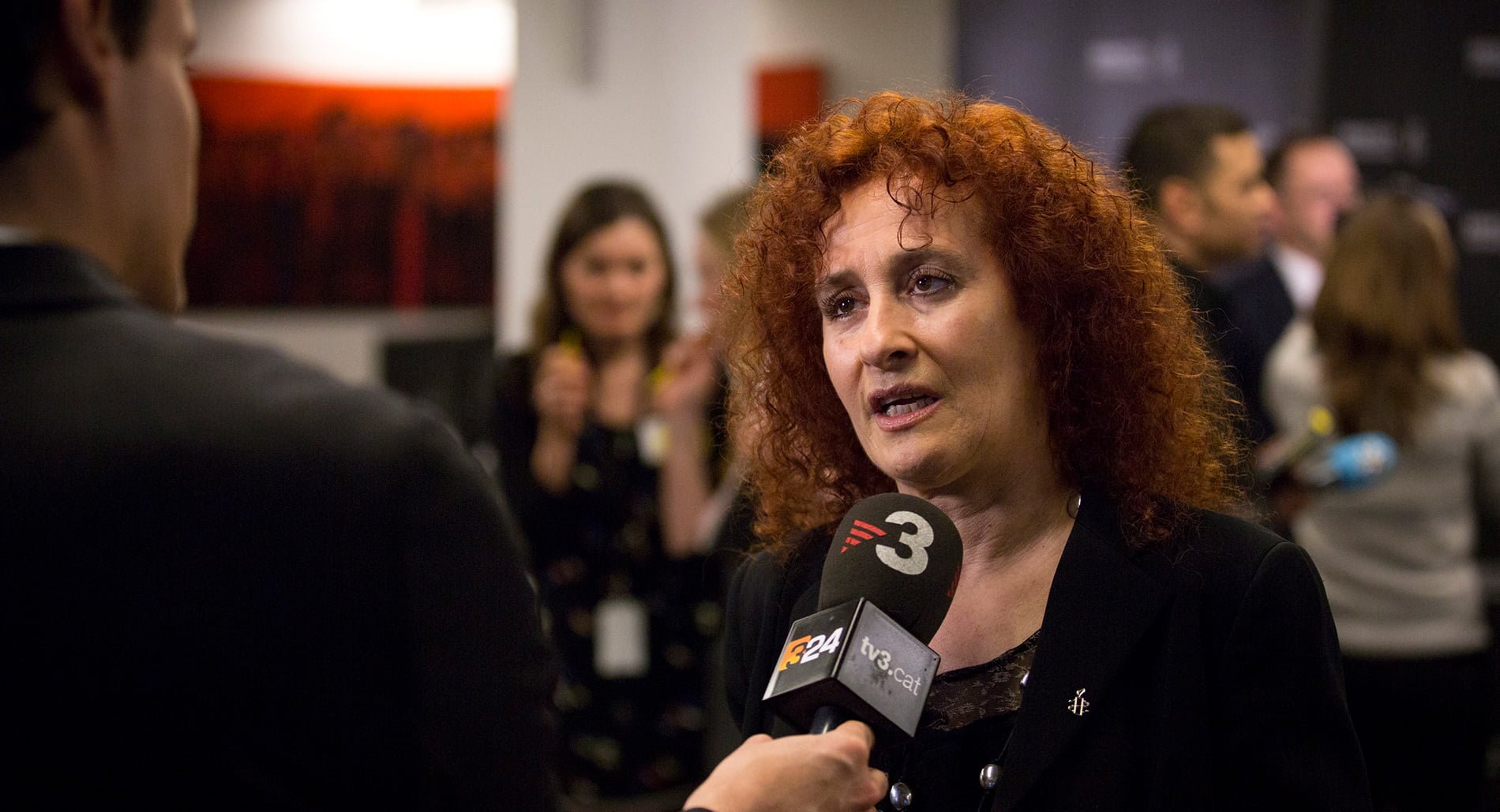 It won’t stop Ms Rovera from returning. She says she has an obligation to those sufferers who can’t tell their stories alone.

“I very often think twice or three times about how I can or cannot operate out in the field,” she said.

“But I don’t ever think twice about whether I should keep doing this job. Not doing it is not an alternative for me.

“I very often think twice or three times about how I can or cannot operate out in the field. But I don’t ever think twice about whether I should keep doing this job. Not doing it is not an alternative for me.”

“Most people told me they want the world to know what is happening to them, their families and neighbours, their country. Many also desperately need humanitarian assistance, which has so far been woefully inadequate.

“I hope that by drawing attention to the conflict and the terribly high price being paid by the civilian population, the international community will do the right thing and bring pressure to bear on the belligerents to stop the abuses.”

This article first appeared on news.com.au. 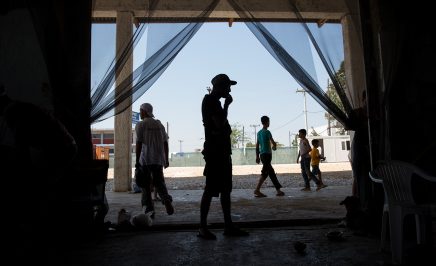