The Egyptian authorities’ refusal to release Islam Khalil who was tortured and subjected to enforced disappearance for 122 days is another alarming setback for human rights in Egypt, said Amnesty International. 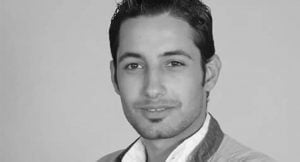 Islam Khalil was transferred to the Second Raml Police Station in the coastal city of Alexandria in preparation for his release yesterday after a court ordered his release on bail of 50,000 EGP (approximately US$ 5,630) on 21 August 2016. However instead of releasing him, the police officers beat him repeatedly until he fainted and brought fresh charges against him including the accusation that he physically assaulted a police officer yesterday.

“The police officers’ refusal to comply with the court order demanding Islam Khalil’s release from custody shows the Egyptian authorities’ shocking disregard for rule of law. It also sends a chilling message that they have no intention of reversing the spike in enforced disappearances which has seen hundreds vanish for periods up to seven months at the hands of the state since early 2015,” said Magdalena Mughrabi, Deputy Director of Amnesty International’s Middle East and North Africa Programme.

“The police officers’ refusal to comply with the court order demanding Islam Khalil’s release from custody shows the Egyptian authorities’ shocking disregard for rule of law.”

“Islam Khalil shouldn’t even be behind bars in the first place, yet instead of releasing him immediately, state security forces have fabricated new charges against him and subjected him to severe beatings and injuries. His case highlights how crucial it is for Egypt’s authorities to stamp out the use of enforced disappearances, torture and all other forms of ill-treatment.”

“They must urgently release Islam Khalil now and open an investigation into his allegations of torture and other ill-treatment and bring those responsible to justice.”

It appears that the Egyptian authorities are refusing to release Islam Khalil in retaliation for national and international campaigning efforts on his behalf. According to his brother, Islam Khalil was beaten with pipes all over his body until he became unconscious, by police officers who threatened: “Is this whole noise to pressure for your release? We will not release you unless you are dead”. He suffered injuries on his face, hands, and head. He is now in solitary confinement awaiting questioning by a prosecutor and has been denied access to his family and lawyer.

“Is this whole noise to pressure for your release? We will not release you unless you are dead.”

Islam Khalil was forcibly disappeared for 122 days in 2015 after being abducted alongside his brother and father from his home by agents from Egypt’s National Security Agency. He was held blindfolded and handcuffed in solitary confinement and was beaten, given electric shocks and suspended by his wrists and ankles for hours at a time. He has been denied access to a doctor, his family and a lawyer.

Islam Khalil’s case was featured in an Amnesty International video issued together with the report. In response to prominent Chinese activist Sun Wenguang, 84, being taken away by police as he gave a...
Read More