How many Indigenous languages are spoken in Australia? How many are in danger of disappearing? And why are so many Indigenous kids – some as young as 10 – being locked up? Here is your chance to find out.

1. Who are the world’s Indigenous Peoples?

Hundreds of millions of people across 90 countries worldwide identify as Indigenous. We belong to more than 5,000 different groups and speak more than 7,000 languages. Of those languages, 2,680 are in danger of disappearing – leading the United Nations to declare 2019 the International Year of Indigenous Languages. ‘Indigenous Peoples’ is the most commonly accepted way of referring to us as a collective group – it’s the equivalent of saying ‘the British’ or ‘Australians’.

In international law, ‘Indigenous’ acknowledges that a person’s ancestors lived on particular lands, before other people arrived and became dominant. As Indigenous Peoples we have our own unique customs and cultures, and often face difficult realities such as having land taken away, and being treated as second-class citizens.

2. Who are the Indigenous Peoples of Australia?

Aboriginal and Torres Strait Islander peoples are the proud keepers of arguably the oldest continuous culture on the planet. Our heritage spans many different communities, each with its own unique mixture of cultures, customs and languages. Before the European invasion in 1788 there were more than 250 Indigenous nations, each with several clans.

Torres Strait Islanders, from the islands between north-eastern Queensland and Papua New Guinea, originate from Melanesia in the western Pacific, and have their own distinct cultures.

3. Is it OK to call Indigenous people in Australia ‘Aborigines’?

‘Aborigine’ is generally perceived as insensitive, because it has racist connotations from Australia’s colonial past, and lumps people with diverse backgrounds into a single group. You’re more likely to make friends by saying ‘Aboriginal person’, ‘Aboriginal’ or ‘Torres Strait Islander’.

If you can, try using the person’s clan or tribe name. My mob are Nigena from the Kimberley of Western Australia, but some spell it Nyikina. There are no correct spellings, although there are commonly accepted spellings. And if you are talking about both Aboriginal and Torres Strait Islander people, it’s best to say either ‘Indigenous peoples’ or Aboriginal and Torres Strait Islander peoples.

Without a capital ‘a’, ‘aboriginal’ can refer to an Indigenous person from anywhere in the world. The word means ‘original inhabitant’ in Latin.

4. How did Aboriginal and Torres Strait Islander peoples live before Europeans arrived?

Our people were great storytellers, passing on their cultures through songlines – an animist belief system expressed through songs, stories, paintings and dance. We were also expert hunters and gatherers and had sophisticated ways of taking care of the land.

As semi-nomadic people, we moved around with the seasons, returning every season to permanent homes where we grew crops. In his groundbreaking book Dark Emu Aboriginal author Bruce Pascoe describes this way of life and challenges the common perception of Aboriginal Peoples leading a ‘hunter-gatherer’ lifestyle before British colonization.

5. What happened when the Europeans came?

British colonization of Australia in 1788 was devastating for Indigenous communities around the country. Our numbers fell from around 750,000 to just 93,000 by 1900.

Thousands died as British settlers drove people off their lands, and brought killer diseases such as measles, smallpox and tuberculosis. Aboriginal and Torres Strait Islander people were segregated from the rest of society, forced to adopt British customs and abandon their own culture. Many even had their children taken away.

The population began to recover in the early 1900s and according to the 2016 Census there were an estimated 649,200 Indigenous people living in Australia and making up around 2.8 per cent of the country’s population.

Racial discrimination became illegal in Australia in 1976 but our people continue to be worse off, including in terms of social indicators like health, wealth, education and unemployment. Many end up trapped by poverty and an unfair justice system. Today, Indigenous kids in Australia are 24 times more likely to be locked up than their non-Indigenous classmates.

New generations have inherited our relatives’ deep trauma, sadness and anger from losing our lands, cultures and families. To make things worse, the Australian Government has put in place policies that effectively take away Indigenous Peoples’ basic rights – such as the Northern Territory Intervention – and forced Indigenous people to abandon their homes and communities.

7. How do Indigenous people in Australia respond to this discrimination?

Indigenous people in Australia continue to protest relentlessly and push for things to change – including on every Australia Day, 26 January. In 1938, while most other Australians were celebrating, Aboriginal protesters in New South Wales declared it a Day of Mourning to mark 150 years since colonization.

On the same day in 1972, activists set up the Aboriginal Tent Embassy outside Australia’s Parliament House in Canberra, using slogans like “We want land rights, not handouts”. It attracted unprecedented national support and still stands today.

In 2000, more than 300,000 people – from all kinds of backgrounds – walked across Sydney Harbour Bridge calling for national reconciliation. And in 2015, huge rallies were held all across Australia to support remote Aboriginal communities’ right to live on their traditional lands.

Amnesty continues to campaign for Indigenous rights in Australia. Right now, we want to stop disproportionate numbers of Indigenous kids being locked up in Australia’s criminal justice system, through our Community is Everything campaign.

We want to make sure that our children – some as young as 10 – can grow up in environments that nurture their potential. Aboriginal and Torres Strait Islander peoples know what’s best for their own communities and kids; now they need our support to make it happen. 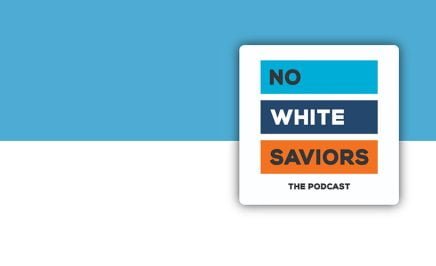 Podcasts to listen to this summer

From the stealing habits of the British Empire, to digital welfare, environmental activism and...
Read More