**The Amnesty contingent for Mardi Gras 2020 has reached full capacity**

Amnesty International calls out injustice wherever it happens, and stands for human dignity. This inspires Amnesty NSW LGBTQI Network supporters to march in the 2020 Mardi Gras Parade for:

– the elimination of harmful conversion practices
– an Australian Human Rights Act, as the answer to the religious freedoms debate
– justice and freedom for LGBTQI individuals at risk around the world.

We invite you to march with us as we proclaim ‘What Matters? Each & every one of us!’

The Amnesty International NSW LGBTQI Network acknowledges the Gadigal people of the Eora nation, the traditional owners of the land on which the Mardi Gras Parade is held. 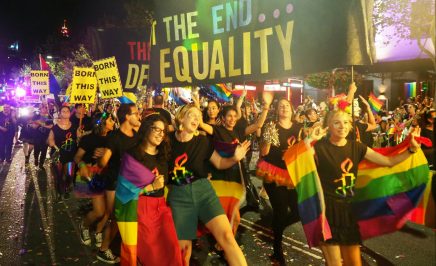