This year, thousands of women participated in Women’s March 4 Justice all over the country, demanding an end to sexism and gendered violence. We heard from courageous women with heartbreaking and powerful stories, emboldening a new generation to fight for our rights.

Of course, this important movement spans generations. By hearing the stories of those who fought in decades past, and learning what inspired and challenged them, we can bring their wisdom into our fight today.

We are so excited to invite you to a special virtual screening of Brazen Hussies, a new documentary about the women behind the reignition of the feminist revolution here in Australia, followed by a live panel discussion and Q&A with the women behind it – plus the women who are inspiring the movement today.

Check out the trailer:

The screening will take place on Tue 30 Mar at 6pm AEDT, and will be directly followed by a live panel discussion and Q&A with filmmaker Catherine Dwyer, Brazen Hussies interviewee Elizabeth Reid, and March 4 Justice speakers Dhanya Mani and Marie Barbaric. Our MC for the night will be gender equality and racial justice advocate Jawoon Kim.

This will be an eye opening and inspiring conversation, so make sure you watch the documentary closely and get your questions ready for these extraordinary women!

As part of the event, you will have the opportunity to participate in a selfie action and virtual group photo. You can create your own sign using the hashtag #ProtectProtest, print one of ours, or go without – it’s up to you! 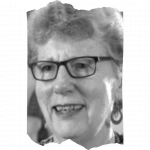 In 1973, Elizabeth became the first Advisor on Women’s Affairs to a head of government in the world. She brought a revolutionary feminist perspective to government bureaucracy, and made it more accountable to women.

She led the Australian Delegation to the World Conference of the International Women’s Year in Mexico City in 1975. From 1977 to 1979 she was hired by Princess Ashraf Pahlavi of Iran, twin sister of the last Shah of Iran, to establish the Asia and Pacific Centre for Women and Development (APCWD) in Tehran. This came to an abrupt end when the Shah was overthrown in late 1979.

In 2001, Elizabeth Reid was made an Officer of the Order of Australia “for service to international relations, particularly for women’s welfare” and for “HIV/AIDS policy development, in Australia and internationally.” 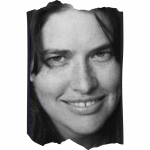 First time Director, Catherine Dwyer, was inspired to make a film about the history of the Women’s Movement in Australia through her experience working as Associate Producer – Post Production, Researcher and Assistant Editor on Mary Dore’s critically acclaimed and award winning documentary She’s Beautiful When She’s Angry (2014) – the story of the US Women’s Liberation Movement.

Catherine was the Impact Producer on Freedom Stories (dir. Steven Thomas 2016), a documentary that explores the achievements and stories of former ‘boat people’ who arrived in Australian waters seeking asylum. Catherine has also directed and edited music videos and shorts. 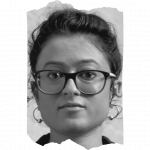 Dhanya Mani holds a Bachelor of Arts/Laws (Honours) degree. She worked for 4 years as an adviser to NSW Parliamentarians, including then-Speaker of the Legislative Assembly, The Hon Shelley Hancock MP. She has worked across the law and government – including as a tipstaff in the Equity Division in the Supreme Court of NSW, and recently as an analyst in Treasury’s Foreign Investment Division.

She is now studying English Literature and Philosophy, and is working full-time as an advocate and freelance writer focused on issues impacting political minorities – particularly women and people of colour. She is the Wentworth organiser for the Australian Republic movement, and is the founder of ‘Changing Our Headline’ – a non-partisan campaign to create a safe, healthy and feminist culture in Australian political life, workplaces, and beyond.

She is a member of the Liberal Party, focused on improving the culture of major political parties, as this is a major obstacle to gender equality & female representation across Australia’s Parliaments. 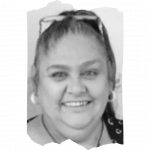 Marie Barbaric is a resident of the Southern Highlands, the traditional country of the Gundungurra Aboriginal language group. Marie is the visionary behind Koori Kulcha which delivers indigenous cultural experiences to international and domestic visitors, and cultural training programmes to corporations like Deloitte. Koori Kulcha also offers quality bushtucker themed catering services, and operates food programmes to assist underprivileged children. Marie serves in many key roles including Chair of a government, regional, economic development forum. Marie is currently progressing one of the most significant indigenous cultural projects ever undertaken in the Southern Region in collaboration with Indigenous Land & Sea Corporation and NRMA, supported by The Department of Regional NSW. 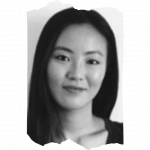 Jawoon is a gender equality and racial justice advocate. She has been an Amnesty activist for close to 10 years because she believes in the equal, free and just world this people-powered movement is working to create.