This April, Meaningful Movies NSW will be screening the 2015 film CHARLIE’S COUNTRY, a passionate and moving drama that highlights the everyday injustices and ongoing dispossession faced by Indigenous people in this country.

Legendary actor David Gulpilil (WALKABOUT; AUSTRALIA) plays Charlie, an elderly Aboriginal man who lives in a small rural settlement in Arnhem land. Though he’s frustrated by some aspects of life in his community (such as the terrible food) he maintains a wicked sense of humour – a sense of humour he always brings to his interactions with Luke, a white local cop. Despite his apparently friendly relations with the local authorities, Charlie runs into trouble with the law when he and his friend Black Pete go out to do some hunting in “the old way”. Fed up with these restrictions, Charlie decides to leave his community to go live in the bush, but his mission to return to a traditional way of life doesn’t go to plan….

Directed by Rolf de Heer (TEN CANOES) and featuring an incredible performance by Gulpilil, who won the Best Actor award at the international Cannes Film Festival, CHARLIE’S COUNTRY provides an empathetic and insightful perspective on one Aboriginal man’s struggle to reconnect with his history, his culture and his country. 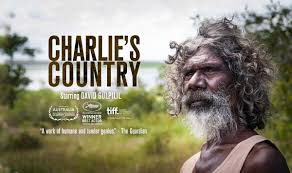