Join us for the 2017 Amnesty International Oration ‘The Second Information Revolution,’ delivered by Jane Caro.

History is the best guide we have to the future, and it is the only one we’ve got, we can see many similarities between what is happening to the world since the invention of the internet and what happened to it 500 years ago after the invention of the printing press. Both democratised access to information and by doing so subverted the power of those who had controlled it previously. However, no group gives up power without a fight and, just as the Church at the time of the first information revolution fought hard against the protestant reformation and the idea of every Christian having a direct relationship with God, so the old keepers of the keys to the public conversation are fighting back hard and dirty now.

As the author of Young Adult novels about Elizabeth I, Jane Caro has been struck by the similarities between the turbulent times in which she lived and ours. For the 2017 Amnesty International Oration, Caro will draw careful parallels between both periods of time and sound some warnings about what we can expect to happen in both the short and the long term as the world changes in response to new technology. She will also point out that, unlike the 1500s, we now have another level of difficulty as we struggle to cope with the fallout of the information revolution. Our ancestors had centuries to let the dust settle, thanks to climate change we have no time at all.

She has published five books and has recently published “Just a Queen” a sequel to her earlier work “Just a Girl” and “plain speaking jane”.

A regular on the Gruen Transfer she has also appeared in the media including weekly spots on Weekend Sunrise, and Sunrise. She has created, written, presented and co-produced for ABC Radio and Television. She has also appeared on The Drum, Q&A, The Project, Daily Edition, Mornings on 9, Studio 10 and Today. She writes regular monthly columns for Mt (Management Today) Magazine, and the Sun Herald’s Sunday Life. 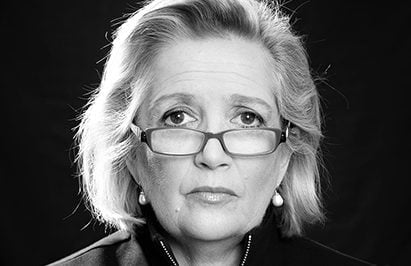