Ahead of the first match being played in the world’s biggest sporting event, the FIFA World Cup, research commissioned by Amnesty International Australia shows that 81% of people intending to view games support compensation for migrant workers.

Amnesty has been highlighting the serious human rights abuses the Qatari authorities continue to commit including outlawing same-sex relationships.

“The Socceroos and Professional Footballers Australia [PFA] took a strong stand recently regarding human rights and this is a really important opportunity for the community to show that their love of the beautiful game shouldn’t be at the expense of people’s basic human rights.

“Our research shows that most Australians would also like Football Australia to speak out about human rights abuses in the host country Qatar.”

Since 2018, Qatari authorities have put in place measures to protect workers from wage theft and enhance access to justice, but these do not cover all workers or address abuses in the years before the systems were established. Crucially, significant implementation and enforcement gaps remain. For example, workers who have already left Qatar cannot access the labour committees or a fund established to pay them when their employers fail to do so.

In May 2022 – Amnesty and a coalition of organisations launched a campaign calling on Qatar and FIFA to establish a comprehensive remediation programme to compensate migrant workers who suffered abuses in the preparation and delivery of Qatar 2022. Since then, the call has garnered the support of many FAs and World Cup sponsors and FIFA’s senior leadership have acknowledged the importance of compensation, though the footballing body is yet to publicly commit to doing so.

“FIFA will make 6 billion USD from this World Cup. When FIFA awarded Qatar the World Cup in 2010, they knew that migrant workers in Qatar faced systemic human rights abuses. By awarding the World Cup to Qatar without conditions to improve workers’ rights, FIFA has contributed to human rights abuses on a significant scale. They can afford to put things right, and they should do so.”

Six things you need to know about human rights in Qatar

1 – Freedom of expression and press freedom

The Qatari authorities use abusive laws to stifle those who are critical of the state, including both citizens and migrant workers. Amnesty International has documented cases of Qatari citizens who have been arbitrarily detained after criticizing the government, and sentenced following unfair trials based on confessions obtained coercively. Meanwhile, Malcolm Bidali, a Kenyan security guard, blogger and migrants’ rights activist, was forcibly disappeared and held in solitary confinement for a month for highlighting the plight of migrant workers.

2 – Freedom of association and assembly

Migrant workers remain barred from forming or joining trade unions. Instead, they are permitted to form Joint Committees, an initiative led by employers to allow workers’ representation. To date, however, the initiative is not mandatory and covers only 2% of workers, falling far short of the fundamental right to form and join trade unions.

Citizens and migrant workers alike face repercussions for peaceful assembly. For instance, in August 2022, hundreds of migrant workers were arrested and deported by state authorities after protesting on the streets of Doha after their company repeatedly failed to pay their wages.

Fair trials are far from guaranteed in Qatar. Over the last decade, Amnesty International has documented cases of unfair trials where defendants’ claims of torture and ill-treatment were never investigated, and sentences were handed down based on coerced “confessions”. Often, defendants were interrogated while held in incommunicado detention without access to a lawyer or translator.

Jordanian national Abdullah Ibhais, for example, is serving a three-year prison sentence following an unfair trial in Qatar, which was based on a “confession” of his that he claims was obtained coercively.

Women continue to face discrimination in law and practice in Qatar. Under the guardianship system, women require the permission of their male guardian, usually their husband, father, brother, grandfather or uncle, to marry, study abroad on government scholarships, work in many government jobs, travel abroad (if under the age of 25), and access reproductive healthcare.

Family law discriminates against women, who face greater difficulties seeking a divorce, and more severe economic disadvantages if they do so, compared to men. Women also continue to be inadequately protected against domestic and sexual violence.

Qatari laws discriminate against LGBT people. Article 296(3) of the Penal Code, criminalizes a range of same-sex consensual sexual acts, including potential jail terms for anyone who “leads or induces or tempts a male, by any means, into committing an act of sodomy or debauchery”. Similarly, Article 296(4) criminalizes anyone who “induces or tempts a male or female, by any means, into committing acts contrary to morals or that are unlawful”.

In October 2022, human rights organizations documented cases in which security forces arrested LGBT individuals in public places — based solely on their gender expression — and searched their phones. They also said it was mandatory for transgender women detainees to attend conversion therapy sessions as a requirement for their release.

Despite the government’s ongoing efforts to reform Qatar’s labour system, abuses remain rife across the country. While conditions have improved for some workers, thousands are still facing issues such as delayed or unpaid wages, denial of rest days, unsafe working conditions, barriers to changing jobs, and limited access to justice, while the deaths of thousands of workers remain uninvestigated. Although a fund has started to pay out significant amounts to workers who have had wages stolen, hundreds of thousands of migrant workers have still not been compensated for labour abuses faced in the past decade.

Forced labour and other forms of abuse continue unabated, particularly in the private security sector and for domestic workers, most of whom are women. The payment of extortionate recruitment fees to secure jobs remains widespread, with sums ranging between US$1,000 and US$3,000. It takes many workers months or even years to repay the debt, which ultimately traps them in cycles of exploitation.

What Amnesty is calling for and how you can help

Amnesty is calling on FIFA to compensate the hundreds of thousands of migrant workers who have suffered human rights abuses.

By awarding the World Cup to Qatar without conditions to improve workers’ rights, FIFA has contributed to human rights abuses on a significant scale. FIFA is set to make 6 billion USD from the World Cup — it can afford to put things right and compensate the migrant workers who’ve made the World Cup possible.

Amnesty’s global survey reveals overwhelming demand for FIFA to compensate World Cup migrant workers. Help us hold FIFA accountable. We need to take action and continue to show FIFA how many people, in Australia and around the world, support compensation.

Learn more about what we do and our crisis response work. 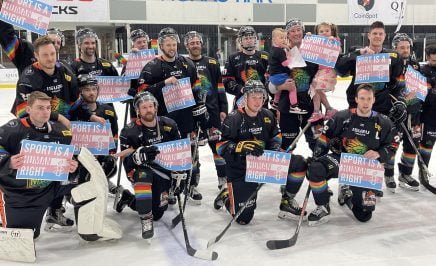