Sara Beltran Hernandez, a mother who fled violence in El Salvador only to be detained in the United States for 15 months, has been released from detention to be with her family and to seek treatment for a brain tumor.

Sara is a 26-year-old mother of two who fled to the US to escape gang and domestic violence in El Salvador. Despite having a claim to asylum, she was locked up for 15 months.

Sara reports that a gang leader and gang members in El Salvador had sent her death threats. Sara also says that she suffered serious physical and psychological domestic violence, and was sexually abused.

Despite her claim to asylum, she was held at a US Immigration and Customs Enforcement (ICE) detention centre in Dallas, northern Texas, since arriving at the US-Mexico border on 4 November 2015.

To make matters worse, Sara was in urgent need of medical attention for a brain tumour during her detention. According to her lawyer, Sara collapsed in February 2017 and was taken to a hospital by staff. She later reported suffering from convulsions and nosebleeds, head pain, and trouble thinking clearly. She had still not received surgery.

Sara Beltran Hernandez said goodbye to her attorney this morning and is now w/ family in New York. @FOX4 pic.twitter.com/oh2uWPTo0O

The right to seek asylum in the US

Under US law and international law, people going to the US can seek asylum if they fear for their safety in their home country, and their human rights must be protected while their claims are being reviewed.

Amnesty sent a letter to the authorities emphasising that detention should only be used by immigration officials as a last resort, and that parole should be granted to people who are suffering from medical emergencies and who pose no flight risk or threat to public safety. The letter pointed out that Sara fits these parameters and should be released from detention immediately.

Amnesty International then mobilisedour 1.2 million members across the US to flood the authorities with phone calls asking for Sara to be freed. People like you spoke up for her rights. And when you raised your voice, you shut down three Immigration and Customs Enforcement phone lines.

On 2 March, an immigration judge granted Sara Beltran Hernandez bond, allowing for her release. She is now permitted to live with her family in New York where she can seek medical treatment while her asylum claim is processed.

“I want to thank Amnesty International activists like you for taking action on my behalf. I truly appreciate your support and your actions made a difference. Because of you, I can now get the medical care I need and be reunited with my family who I have not seen in over 15 months. Thank you.”

While we welcome the release of Sara, Amnesty International is seriously concerned for the safety of people seeking asylum in the face of President Trump’s aggressive new immigration orders.

President Trump has just signed a new Executive Order which reinstates harmful measures that discriminate against nationals, including refugees, from six Muslim-majority countries. It also temporarily stops refugees from any country from resettling in the US.

It is time for the President to stop abusing his power, to uphold the US’s commitments to the world’s most vulnerable refugees and to end the discriminatory travel ban. 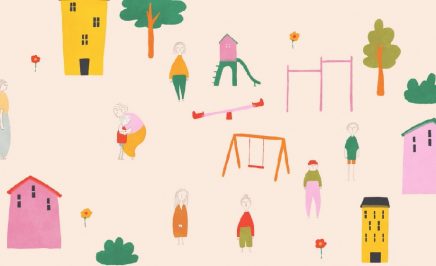 Science and raising the age of criminal responsibility

By Dr Meg Perkins, PhD MAPS Most experts in the world agree that 10 years old is far too young to...
Read More Teodora del Carmen Vásquez was released from prison in El Salvador on 15 February, after a court...
Read More