Update 01/11/17: Even more good news! The Thai authorities have announced that all charges against the three activists will be dropped.

In early March 2017, the Thai military dropped the criminal case against an Amnesty International chairperson and two other human rights activists who were facing prosecution for reporting on torture.

In January 2016, the three activists published a report describing 54 cases of alleged torture by the Royal Thai Police and Royal Thai Army, which they then presented to the the army unit responsible for national security operations in Thailand’s southern provinces. The report was published online in February 2016.

In May 2016, an officer from the army filed a complaint against them for criminal defamation and violating the Computer Crimes Act of 2007. The charges carry a maximum penalty of seven years’ imprisonment plus fines of up to 300,000 baht (US $8,330).

The three activists were the subject of an Amnesty International Urgent Action, which was sent out globally in June 2016. In Australia, 11,800 people took online action by sending an email to the Thai Prime Minister, calling for the charges to be immediately be dropped against Somchai, Pornpen and Anchana and to stop all threats and harassment against them.

In recent years, Thai authorities have targeted many activists, human rights defenders, journalists, and other members of Thailand’s civil society as part of a systematic crackdown on government critics.

Growing numbers of human rights defenders in Thailand are facing criminal defamation charges for their legitimate activities in defending rights and seeking redress for survivors.

Authorities have also been quick to dismiss allegations of torture, suggesting that they are being made solely to discredit authorities or for personal gain. In September 2016, Amnesty International cancelled a planned press conference to launch its report on torture after authorities threatened to arrest speakers if the event went ahead.

The use of criminal defamation charges violates Thailand’s obligation to uphold the right to freedom of expression under the International Covenant on Civil and Political Rights (ICCPR), to which it is party. The UN Human Rights Committee has encouraged governments to consider decriminalising defamation and that defamation laws must comply with international human rights obligations.

Amnesty commends the military authorities for their decision to drop the case against the activists, and hopes they will follow by immediately and unconditionally dropping complaints and charges against other peaceful human rights activists.

To prevent further injustices, the authorities should reform or repeal repressive laws and bring them into line with the country’s international obligations.

While Somchai, Pornpen and Anchana are now safe thanks to everyone who took action, there are other people who need your help. Please visit our action page for the latest cases. Responding to news that the Pattani Provincial Prosecutor will formally end the criminal defamation...
Read More 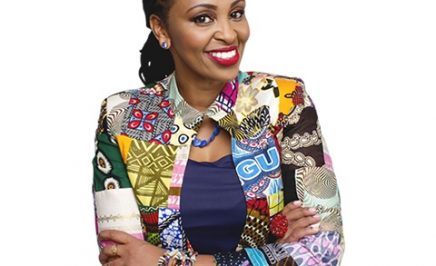