On International Day for the Elimination of Violence against Women, one woman shared her story of domestic abuse.

“If you go out tonight, I’ll hit you in places where people won’t see the bruises,” Rebecca’s* husband said to her calmly.

This was a man the 30-year-old Sydney-sider had once considered funny, charming and handsome – so charming, in fact, that after a brief courtship Rebecca decided to marry him.

“When we met I was at an impetuous stage in life,” she reflects. “He was my first real love so I was a little starry eyed.”

But it wasn’t long before charm was replaced with a systematic campaign of abuse. After their marriage, David* became very controlling. He monitored their finances, forbidding her to spend any money, and slowly isolated Rebecca from her close family and friends.

Verbal abuse became a daily practice and physical violence was administered, often when Rebecca made the simplest mistakes.

“He would fly into a rage, break things, and hit me on my legs and stomach,” she says. “I had to call the police on a number of occasions.”

“I felt I couldn’t tell anyone. I soon developed depression and experienced prolonged periods of panic attacks”

On one instance when Rebecca threatened to leave, David held her at knife point. On the last occasion – which spurred her on to seek help – he threatened to take his own life.

“He would threaten to kill me or anyone I cared about if I left,” she says. “I felt completely trapped and felt I couldn’t tell anyone. I soon developed depression and experienced prolonged periods of panic attacks.”

Rebecca’s is sadly the story of many women and the physiological and physical effects can be devastating.

The statistics are alarming

According to the Australian Bureau of Statistics (ABS), one in three women above the age of 15 has experienced physical violence. A further one in five have experienced sexual violence, with 36 per cent claiming that the violence was inflicted from someone they knew.

More shockingly, according to the Australian Institute of Criminology, of the the 479 homicides occurring between 2010–2012, 187 were classified as domestic homicides.

Statistics such as these, along with extensive campaigning on behalf of Amnesty International Australia, spurred the Australian Government to initiate The National Plan to Reduce Violence against Women and their Children 2010-2022 (The National Plan) in 2010. So why is violence against women, as Prime Minister Turnbull refers to it, still “one of the great shames of Australia”?

America’s President-elect Donald Trump boasted that women allow his sexual advances, without hesitation, due to his stardom

Hannah Harborow, Campaigns Manager at Amnesty International Australia says that our global culture of inequality is partly to blame. A culture in which men and women aren’t given equal rights, and where tolerance towards violence against women is ignored rather than challenged.

The rise of Trump and the world’s neo-masculine culture

Research conducted by the Australian Institute revealed that 87 per cent of the women surveyed had experienced at least one form of verbal or physical street harassment. The majority had also changed their behavior in the last 12 months in order to ensure their own safety.

By surveying the world’s current political and social landscape, it becomes apparent that this culture is widespread and is disseminated by the strong voices of opinion leaders who relish in promoting the sexualisation and subjugation of women.

Cases such as “neo-masculinist” pick-up-artist Daryush “RooshV” Valizadeh promoting extreme anti-feminist views, such as the legalisation of rape if it occurs on private property and more recently, America’s President-elect Donald Trump boasting that women allow his sexual advances, without hesitation, due to his stardom.

These harmful and influential voices help to normalise a culture where violence towards women is allowed to continue.

Libby Davies, CEO White Ribbon Australia, says that while the National Plan has provided a framework for tackling the issue, a lot more needs to be done to eradicate violence towards women.

“We need to fight to stop the violence before it occurs,” she says. “We can always put the ambulance at the bottom of the cliff but that’s not going to provide the level of cultural change we need so that women no longer have to live in fear.”

To do so, Ms Davies feels that the devalued role of women needs to be addressed on both a societal and institutional level.

“It’s reaching out to schools, workplaces and reconstructing that mindset,” she says. “Those that engage with our program soon become aware of the types of behaviours that disrespect women.”

Hannah says we must also keep the pressure on our government. “We must campaign to end discrimination against women in the justice system and support comprehensive services for anyone at risk of violence so they have somewhere safe to go to,” she says.

Rebecca, who did finally seek help after two years of abuse, feels that we need to create an environment where women feel safe enough to ask for help.

“We need to let these women know that they can go to their families, their loved ones, or an domestic violence organisation, and that they will get the support they need.”

Find out more about the work of Amnesty International Australia in preventing violence against women and our Gender and Sexuality campaign.

This blog does not necessarily reflect the views of Amnesty International Australia.

*Names have been changed

Together we can make the world a place where everyone can be free from violence and discrimination. Learn more about our women’s rights campaign here. 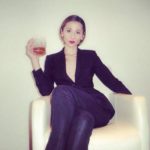