Without your support we couldn’t achieve the many things we do year in and year out. It’s thanks to your action, your determination and your continuous support that Amnesty can transform the lives of people and communities worldwide. Here’s what so many of you have helped us do so far in 2017.

Chelsea Manning walked free on 17 May, after her 35-year prison sentence was cut short by outgoing US President Barack Obama in January. She had been jailed for exposing classified information, including of possible war crimes committed by the US military. More than a quarter of a million people wrote for her release as part of Amnesty’s flagship Write for Rights letter-writing campaign in 2015. Over 10,000 people in Australia signed an online petition calling for the president to commute Chelsea’s sentence to time already served and release her.

In a letter she penned to Amnesty at the time, she wrote: “I support the work you do in protecting people wherever justice, freedom, truth and dignity are denied. It seems to me that transparency in government is a fundamental prerequisite to ensuring and protecting the freedom and dignity of all people.”

Children out of adult jail in Australia

In May the Victorian Government responded to public pressure to transfer all children being held in Barwon adult prison. Children as young as 15 were being held in the maximum security adult prison, some since November last year. Many were kept in solitary confinement for 23 hours a day and all were denied adequate access to education and family visits.

Amnesty supporters responded by emailing and calling members of parliament and rallying outside the court as the case was heard. Around 15,000 of you signed an online email action calling on Victorian Premier Daniel Andrews to get kids out of Barwon.

Following our report on abuses on palm oil plantations in Indonesia, Wilmar, the world’s biggest palm oil trader, shared their 12-month action plan to address the abuses we exposed in our report. Companies buying from Wilmar, such as Unilever and P&G, are acting more transparently than before. They report they are taking action and raising our concerns directly with Wilmar. Your tweets to Ben & Jerry’s ice cream, who buy from Wilmar, resulted in them removing palm oil from their products, confirming that companies are often unable to prove that the palm oil they buy is free of exploitation.

There is still time to sign our petition to end child labour on palm oil plantations. 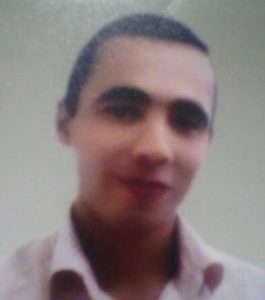 At least two people’s lives were saved in Iran thanks to thousands of people tweeting and writing appeals to the Iranian authorities. On 15 February, Hamid Ahmadi’s impending execution was called off at the last minute because of the pressure supporters put on Iran’s authorities. On 25 April, Salar Shadizadi was freed from prison, after being sentenced to death when he was just 15 years old.

Quick action by supporters worldwide, including over 12,000 people signing our petition in Australia, ensured that Salar’s life was spared on numerous occasions before his release in April, after spending 10 years behind bars.

Amnesty supporters around the world outdid themselves during Write for Rights 2016. Together, you wrote an amazing 4,660,774 letters, emails, tweets and much more. Among those messages were words of support that made all the difference to the many whose rights we were writing for. “It brought me to tears to see all the letters that Amnesty International had collected,” said Jewher Tohti, whose father Ilham remains in prison in China. “It makes me feel stronger when I know there are so many people who trust in me, my father, and my family.” US whistleblower Edward Snowden, who also featured in Write for Rights 2016, said: “I want to thank you, humbly and with a full heart, for your unwavering advocacy and support.” Hundreds of thousands of people around the world demanded that tech giants check whether child labour played a role in the manufacture of their goods. Amnesty supporters wrote letters, tweeted, signed petitions and took part in public protests, urging Apple, Samsung, Huawei and others to check their cobalt supply chains for abuse. Apple was the first company to publish a list of all its cobalt smelters in line with international standards. Sony followed suit, publishing for the first time details of its cobalt supply chain. Rattled by the deluge of messages they were receiving, Samsung and Huawei replied individually to each person who wrote to them; Samsung promised to investigate Amnesty’s allegations and publish a report on its findings. Major electronics brands, including Apple, Samsung and Sony, are failing to do basic checks to...
Read More