Even if you haven’t seen Game of Thrones, you know the iconic, sinister saying. In the TV show, it is muttered meaningfully as a warning not only that after a long summer a harsh winter is ahead, but that winter brings with it an existential threat to the world—an army of the dead. This threat makes all the vicious scheming, treachery and feuding look insignificant and petty.

As a human rights defender watching leaders around the world scapegoating and dividing to score political points, I can’t help thinking that winter may be coming for all of us—a dark future where protection of human rights won’t mean much anymore.

The “summer” was long and fruitful. Seventy years ago the world came together in 1948 and adopted the Universal Declaration of Human Rights, which stated for the first time that human rights must be protected across “all peoples and all nations.”

This unprecedented commitment to protect human rights everywhere was made by the survivors of a long night of horror that humanity had just endured. They joined forces to ensure that the gas chambers, the extermination of the entire peoples, and the suffering of civilian population at such scale never happen again.

Since then, people around the world have claimed remarkable victories: securing rights for women and LGBT communities, standing up to abusive governments, removing seemingly indestructible totalitarian regimes and bringing heads of states to account. People have created a society that would be unrecognizable to those who emerged from the darkest moments in human history determined that it should never be repeated.

Yet now it seems that we are going back in time. I have no illusions that the past 70 years were rosy. We human rights defenders have been like the brothers of the Night’s Watch, a bit closer to the chilly winds, warning, sounding the alarm and guarding against the worst abuses. The basic principle that kept the winds of winter at bay, that all governments must respect certain universal rights, has never felt more threatened than it does today. The inhabitants of Westeros may act as if summer will last forever, but we cannot afford to do the same.

We are no longer fending off attacks on the rights of individuals or communities. We are no longer dealing with a few rogue governments while relying on others as allies. We are up against the assault on the entire system of human rights protection. Like Jon Snow, we must rally everyone together for our own existential fight.

This creeping assault did not start yesterday. Within just a few recent years, xenophobia, misogyny, and dehumanisation of “others” have become the slogans that brought victories to politicians who blatantly exploited their electorates’ sense of insecurity and disenfranchisement. But not only that, it has increasingly become a call for action, leading to discrimination, hate crimes, violence and deaths, as we have just seen in Charlottesville.

Vaguely defined “security concerns” are being used as justification for deviation from human rights, such as the prohibitions of torture and summary executions, in countries as different as the United States, Russia, Egypt, Nigeria, Turkey, and the Philippines.

States like Russia and China, which have consistently challenged the very notion of universality of human rights, have become emboldened and manage to increasingly dominate or stall the debate at the international level.

What is worse, countries like the United States or the United Kingdom, who have been, at least in rhetoric, the champions of human rights, have dramatically changed their positions. Like Cersei Lannister, they unashamedly pursue narrow self-interests, and in doing so pedal despicable arguments that human rights should be sacrificed for national interest.

Their position makes it all too easy for other states, with less established traditions of democracy and respect for human rights, to follow this path.

There is no denying it – the system of human rights protection built in the aftermath of some of darkest times in modern history, is descending into the dusk again. And, to use another sinister Game of Thrones quote, the night, when it comes, will be “dark and full or terrors.” Anyone who hopes to stay untouched by being far from the frontlines of this battle, has simply forgotten the previous “winters” too quickly.

The only way to protect our core common human values against such powerful forces, is to unite and act: to resist the attempts to divide us along any lines; to bring our own governments to account—to speak out, loudly and persistently, using all available means of communication, from megaphones to social media, against assault on our rights and the rights of others; to open our hearts and homes to those in need of protection; and to show our support and solidarity with every individual or community facing injustice or persecution.

In the world of Game of Thrones, a long, cold winter is quickly descending. But for human rights it does not have to be that way. If together we keep the candle of the human rights protection alight, darkness will retreat. The world must use the Beijing Winter Olympics and Paralympics as an opportunity to push for human...
Read More 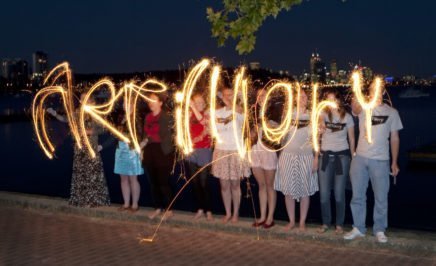 Art is our artillery

An unstoppable movement built on the backs of passionate activists and volunteers. Our passionate...
Read More