On April 29, 2015, Australians came together to decry the executions of eight men by firing squad on the Indonesian island of Nusak Kambangan. 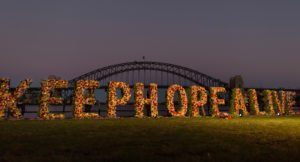 The death penalty is always a violation of human rights and state-sanctioned killing can never be condoned under any circumstances.

Thousands of Australians took action to show their opposition to the death penalty last year: politicians across every party spoke out, communities around the country held vigils, and human rights, religious and legal organisations all came out to protest the futile loss of life.

Despite the outpouring of mercy pleas from around the world, Australians Andrew Chan and Myuran Sukumaran were executed by firing squad, as were Raheem Agbaje Salami, Zainal Abidin, Martin Anderson, Rodrigo Gularte, Sylvester Obiekwe Nwolise and Okwudili Oyatanze.

“The anniversary of the executions of Andrew and Myuran, along with the six other men, should remind us that the death penalty is still a global problem that requires action,” said Diana Sayed, Amnesty International’s Crisis Campaign Coordinator.

“When Amnesty International first pledged to eliminate executions in 1977, only 16 countries had abolished the death penalty. Now, after almost four decades of campaigning, 140 countries have abolished it in law or practice with four countries – Fiji, Madagascar, the Republic of Congo and Suriname – abolishing the death penalty last year.”

“Countries like Indonesia that continue to use the death penalty, particularly in cases where the offence does not meet the threshold of being a most serious crime, are out of step with the rest of the world.

“It is an appalling fact that there are hundreds of people still facing the death penalty but change can – and does- happen.”

Indonesia and the death penalty: the two-minute version

In the early hours of Wednesday 29 April Indonesian authorities carried out the executions of eight...
Read More