The Iranian authorities must urgently halt their plans to execute Zeinab Sekaanvand, a 22-year-old Iranian-Kurdish woman who was arrested when she was just 17 years old and convicted of the murder of her husband after a grossly unfair trial. 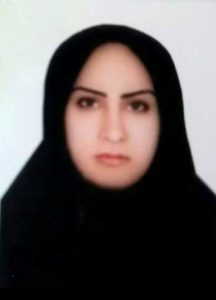 She is due to be executed by hanging as soon as 13 October.

“This is an extremely disturbing case. Not only was Zeinab Sekaanvand under 18 years of age at the time of the crime, she was also denied access to a lawyer and says she was tortured after her arrest by male police officers through beatings all over her body,” said Philip Luther, Research and Advocacy Director for the Middle East and North Africa at Amnesty International.

“Iran’s continued use of the death penalty against juvenile offenders displays the authorities’ contempt even for commitments they themselves have signed up to. The Iranian authorities must immediately quash Zeinab Sekaanvand’s conviction and grant her a fair retrial without recourse to the death penalty, and in accordance with principles of juvenile justice.”

Zeinab Sekaanvand was 17 years old when she was arrested in February 2012 for the murder of her husband, whom she had married at the age of 15. She was held in the police station for the next 20 days where she has said she was beaten by male police officers. She “confessed” to them that she stabbed her husband after he had subjected her to months of physical and verbal abuse and had repeatedly refused her requests for divorce.

“This is an extremely disturbing case. Not only was Zeinab Sekaanvand under 18 years of age at the time of the crime, she was also denied access to a lawyer and says she was tortured after her arrest by male police officers through beatings all over her body.”

Her trial was grossly unfair. She was denied access to a lawyer during her entire pre-trial detention period and only met her state-appointed lawyer for the first time at her final trial session on 18 October 2014. It was at this session that she retracted “confessions” that she had made earlier when she had no access to legal representation.

She told the court that her husband’s brother, who she said had raped her several times, was responsible for the murder and had coerced her into “confessing”, promising that he would pardon her (under Islamic law, murder victims’ relatives have the power to pardon the offender and accept financial compensation instead). This statement was ignored by the court, which instead relied heavily on “confessions” she had made without a lawyer present, to reach its verdict.

Subsequently, on 22 October 2014, Branch 2 of the Criminal Court of West Azerbaijan Province sentenced Zeinab Sekaanvand to death under qesas (“retribution in kind”), a conviction and sentence which were later upheld by Branch 7 of the Supreme Court of Iran.

The courts failed to apply juvenile sentencing guidelines from Iran’s 2013 Islamic Penal Code and order a forensic report to assess her “mental growth and maturity” at the time of the crime. Additionally, they failed to inform her that she could submit an “application for retrial” (e’adeyeh-e dadresi) based on Article 91 of the Penal Code.

Iran’s Penal Code falls woefully short of safeguards required for juvenile offenders under international human rights law, and even those limited safeguards that do exist, such as informing juvenile offenders of their right to apply for a retrial, are often not implemented by the authorities.

As a state party to the Convention on the Rights of the Child and the International Covenant on Civil and Political Rights, Iran is legally obliged to treat everyone under the age of 18 as a child and ensure that they are never subject to the death penalty nor to life imprisonment without possibility of release.

International law, including the Convention on the Rights of the Child, absolutely prohibits the use of the death penalty for crimes committed by persons when the defendant was below 18 years of age.

Under Iranian law, those convicted of murder and sentenced to qesas have no right to seek pardon or commutation of their death sentence from the State, as is required by Article 6(4) of the International Covenant on Civil and Political Rights.

Amnesty International opposes the death penalty in all cases without exception, and calls on the Iranian authorities to establish an official moratorium on executions with a view to abolishing the death penalty.