We ask Josie Janz about being a Deadly Sista Girlz mentor.

Tell us about yourself

I was born on Thursday Island in the Torres Strait where my mother is from. My family moved to the small town of Derby in the North-West Kimberleys when I was four.

One of my passions is netball. I’ve trained at the Australian Institute of Sport. In 2008 I moved back to Perth and I now play netball for the West Coast Fever.

How do you work with Aboriginal kids?

“When people have a strong identity they seem to be okay in life. They feel more resilient.”

I look after the Deadly Sista Girlz program, which is a program run through the Wirrpanda Foundation. A lot of our work is about enabling and empowering young Aboriginal girls, and changing their attitudes and thinking.

We’re looking at the bigger picture. It’s not just what we do this year or for our funding period. It’s about Aboriginal people of the future, and whether those kids can become really good role models for their kids themselves.We always say that we want to do ourselves out of a job; if you can say that, then you’re really moving towards real change and not just the here and now.

What’s the best part of the Deadly Sista Girlz?

Meeting young Aboriginal girls with so many different backgrounds and lifestyles, watching them develop and seeing what they do with their life.

What are the challenges kids face?

A lot of Aboriginal families have very sad histories. We have to face what our families and grandparents have gone through to understand the way we are today.

The media’s always showing the negative stuff, and that’s what people link on to, you know. They think “All my family’s gone to prison, that’s the path I’m going to go down”. Whether you can break that cycle is a tough one; we have the opportunity, it’s just making the most of the time we have with those kids. An hour, a day, a program…you know, whatever it is.

Why is identity so important for kids?

When people have a strong identity they seem to be okay in life. They feel more resilient, and challenge themselves in which path they wanted to go down.

We interviewed a few girls up in Broome who were parents. They weren’t worried about their lifestyle or having an amazing job, or the house with a white picket fence. They were more interested in their daughters having good Liyaan, which is good spirit inside. It was more, “Do you feel whole? Do you feel that you have a good spirit?”

A lot of that good spirit comes from going back home, actually walking on the land, having bare feet, speaking to elders. Connecting back with traditional knowledge really makes people feel proud of who they are. 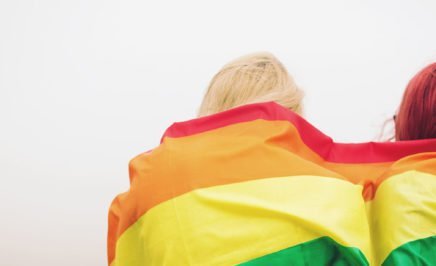 Marriage equality as a human right

Amnesty International Australia backs marriage equality, because we hold it to be a human right....
Read More

Philippines: Deadly consequences for children in ‘war on drugs’

A hearing in the Philippines Senate has exposed the abysmal failings of the police to protect...
Read More In March, Indigenous school students from across the country came together to inspire the next...
Read More