At just 18 years old, mental health campaigner and Waayni woman Justice King has made a big difference for young people in her hometown of Mt Isa, Queensland. After her own experience with mental-health issues, she started three mental health campaigns in her community, and for this received 2016’s Queensland Young Achiever Award.

Here she talks about why community support and culture are so important for young people.

What issues are young people in Mt Isa facing?

Young people in Mt Isa can get in trouble with the justice system because there’s a very large disconnection of culture. And there’s problems that go with that like mental health issues and domestic violence. Often we just settle for what we can get our hands on – drugs, alcohol or trouble – whatever we can get our mind off what’s in our head.

I grew up when we were told that we Indigenous people wouldn’t become much. I could have easily gone two ways. I could have said, “yeah they are right, I’m not going to go very far”… but I was stronger than that. I had a sense of culture, I had a family that supported me. As long as I know who I am, where I’m from, what I’ve done, it doesn’t matter what anyone tells me.

Can you tell us about kids and culture in Mt Isa?

Being a young Indigenous person, I strongly believe that culture and identity are imperative for us to grow and develop. Being connected with my culture is what makes me, me. It helps me figure out who I am and where I want to go in life.

“Being connected with my culture is what makes me, me. It helps me figure out who I am and where I want to go in life.”

There is a significant under-representation of culture in this town. Some kids want to get in touch with their culture but they can’t. We are always told you have to keep in touch with your culture. But how can you do that when you never were?

Wikipedia doesn’t tell me much about my Waanyi culture. I don’t have any language. My cousin has a lot of language and hearing her speak it made my heart ache because I couldn’t have that.

How can young people get back in touch with their culture?

The only true way for young Indigenous people to reconnect with their culture is if it is taught and encouraged by family. You can’t just bring in a random group of people to put forward teachings of our culture, no matter how much they may think they know about it.

Indigenous culture is easily one of the most complicated and diverse cultures out there. Every tribe has different stories, different legends and different ancestors. You can’t just pick up a book and expect that what you read about one tribe will be the same for the next – particularly when there are no books to start with.

Indigenous Australian culture is rapidly becoming withdrawn. As a young person I feel it is my duty to reach out and learn about my culture so I can pass it on. I would encourage any young person who knows their tribal elders to reach out and grasp that chance with both hands. It’s up to us young people to keep our cultures thriving. Who has helped you be proud of your identity?

My dad. When I went through my mental illness phase I felt like I was alone, but he was someone I could go to, and still is. I’m really lucky. That’s why I work so hard because I know a lot of kids don’t have that.

We [my brother and I] also spent a lot of time with my grandparents when we were younger, and that helped me understand my Indigenous culture.

Last night I finished work and I was waiting for my dad. I was talking on my phone and a patrol car drove by. If I wasn’t on the phone they probably would have come over and said, “What are you doing?” It got me thinking, what fears do other kids have?

What do you think is important for the future?

I want there to be a lot more Indigenous people in the future standing up and saying “I’m capable and I can go places” – because we all can.

It doesn’t matter what race you are, what gender you are. Everyone’s human. You can go as far as you want to. The limits are where you place them. Philippines civilians attack must be met with justice

“The attack on civilians in President Rodrigo Duterte’s hometown of Davao is a brutal and...
Read More Uncle Wayne Parker, an Aboriginal man from Mount Isa, is making a difference for young people in...
Read More 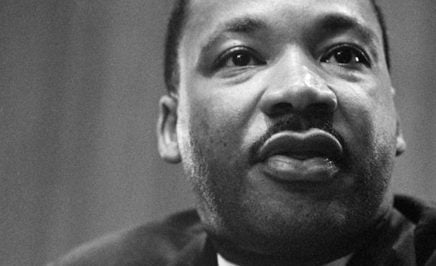