Ugandan man, Chriton Atuhwera, has died after a homophobic attack at Kakuma Refugee Camp in Kenya. The LGBTQIA+ community at the camp were targeted in a fire-bombing.

The death of Chriton Atuhwera serves as a tragic reminder of the significant threat faced by refugees fleeing homophobic violence. In light of this very real threat, it is vital that there are adequate safety measures put in place to protect the rights of all refugees, and accountability measures implemented to ensure consequences for those responsible for homophobic attacks on refugee individuals and communities.

The safety of residents at the Kakuma Refugee Camp is under the responsibility of the camp’s co-managers, including the United Nations High Commissioner for Refugees, the Kenyan government, and the Kenyan Department of Refugee Affairs.

Officials from the UN Refugee Agency have urged Kenyan authorities “to accelerate their investigation into the alleged attack and hold those responsible to account.” Amnesty International has joined this call.

Amnesty International Australia has written to Australian Foreign Affairs Minister Marise Payne to urge her to support an independent review of the current and proposed UN Refugee Agency’s and Refugee Affair Secretariat protection and safety measures accorded to all refugees, especially LGBTQIA+ people. 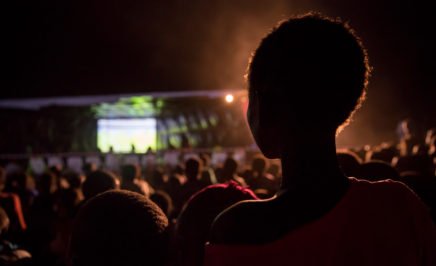 Refugees are proudly cheering on Team Refugees at screenings of the Olympic Games at Kakuma Refugee...
Read More LGBTQI youth in schools: What more needs to be done for students?

In a blow to the rights of LGBTQI students in the US, President Trump has revoked landmark guidance...
Read More