Amnesty International’s latest report Like We Were Enemies In A War is a comprehensive human rights investigation into the crushing repression faced by Uyghurs, Kazakhs and other predominantly Muslim ethnic minorities in China’s Xinjiang Uyghur Autonomous Region.

Based on scores of interviews – 55 of them with former detainees – the investigation since October 2019 found evidence of systematic state-organized mass imprisonment, torture and persecution, amounting to crimes against humanity, among numerous other human rights violations.

Since 2017, under the guise of a campaign against “terrorism”, the government of China has carried out massive and systematic abuses against millions of Muslims living in Xinjiang. The human suffering has been immense. The abuses are ongoing.

Muslims in Xinjiang are not free to practice their religion, they are persecuted because of it; nobody chose to go to an internment camp, they were arbitrarily detained; the camps were not designed to “educate” under any reasonable understanding of the term, they were designed to erase people’s cultural identities.

The world now knows a significant amount about what has been occurring in Xinjiang. Credible documentary, testimonial, and photographic evidence has revealed certain inescapable facts: the human rights violations have been massive in scale, methodically carried out by government officials at all levels throughout Xinjiang, and directed at parts of the population not because of anything unlawful they did but rather because of who they are and because of their beliefs and their culture.

The government of China is responsible to prevent, stop, investigate, and punish any suspected serious violations of international human rights and to ensure reparations to victims. Given the government’s unwillingness to halt its own violations, let alone to conduct impartial and thorough investigations and prosecute those suspected to be criminally responsible, the international community has a duty to take steps to protect human rights, investigate the crimes, and ensure accountability.

It has been four years since the internment camps opened in Xinjiang and the international community has done little to help the affected population. The United Nations has failed to fulfil its responsibilities to the people of Xinjiang. The failure of the UN to take decisive action to address these egregious and well-documented human rights violations, and to hold China to account for its actions, is a stain on the institution’s reputation and a failure on many counts to fulfil clear mandates to address human rights situations of concern on their merits.

By turning a blind eye to the suffering of millions of people in Xinjiang, the UN has effectively contributed to China’s efforts to discredit the survivors and activists who have spoken out at significant personal risk, and to dehumanize the affected population. The UN and its member states must urgently remedy this situation.

Find out more and take action.

China: Draconian repression of Muslims in Xinjiang amounts to crimes against humanity Report: The nightmare of Uyghur families separated by repression

Amnesty International speaks to six Uyghur parents who have been separated from their children in...
Read More Download Report 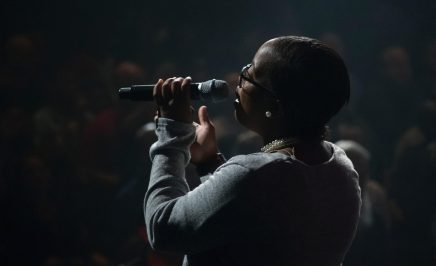 From the original protest songs of the civil rights movement to the charity singles raising money...
Read More
Want to make headlines?