“The Australian Government must finally resolve the unsustainable situation that is offshore detention in Papua New Guinea and Nauru. The fairest and quickest way to look after the 2000 men, women and children on Nauru and Manus Island is to bring them to Australia now to process their asylum claims and to welcome refugees into our community.

“Indeed, the ACT Legislative Assembly just this week passed a motion calling for just this.

“Once all people have been brought to safety here in Australia then the next step is for the Australian Government to immediately invest in alternative solutions that both protect the human rights of people seeking asylum and prevent avoidable deaths – twin goals which should be the bedrock of any asylum seeker policy. Fair sharing rather than shirking of responsibility is the model that will resolve the current global refugee challenge.” 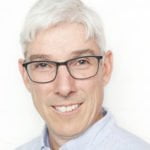