If Sir David Attenborough were to narrate a documentary on the human species, he would observe a notable pattern of migration. “Human beings,” he would state, “have been constantly on the move since they first set foot on Earth. In recent years, these migrations have dramatically increased in number, the cause consistently being violent unrest within the natural habitat.” 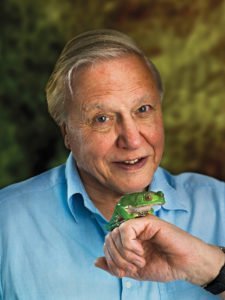 Sparked by the flood of displaced persons after the Second World War, the then-new intergovernmental body known as the United Nations deemed it essential to include Article 14 in its Declaration of Human Rights (1948) which declares, “Everyone has the right to seek and to enjoy in other countries asylum from persecution.” Almost seven decades later, the universality of this human right remains unchanged and as relevant as ever.

2016 was a tumultuous year in the global political sphere. Late October saw the dismantlement of the Calais ‘Jungle‘, a French refugee encampment, along with any hopes for the refugees reaching the United Kingdom.

Exacerbated by rapid climate change, the number of displaced Nigerians continues to increase in the face of Boko Haram insurgents – a civil conflict which no longer seems of interest to Western media.

In the northern hemisphere, Turkey and the European Union are at loggerheads over Turkey’s potential EU membership. Turkey hosts over 3 million refugees and has been stopping refugees from squeezing through Europe’s borders. These events highlight the plight that asylum seekers, refugees – and article 14 – find it difficult to properly settle down in any given country.

Nevertheless, human solidarity shines through the cracks of a seemingly-failing global system. The United Nations Refugee Agency (UNHCR) sends emergency aid into Nigeria, Iraq, Europe, the Congo, Syria, South Sudan, and Central Africa, refusing to allow the world to forget. In response to a united human cry, grassroots organisations have cropped up, such as Guerilla [sic] Kitchen, which turns rejected produce into meals for refugees. “A place where the lost and weary,” Sir David Attenborough would narrate, “can come to momentarily rest and find welcome.”

Refugee rights have become a taboo subject within the Australian government. It’s no secret that Australia continues to break international law in its indefinite lock-up of asylum seekers in detention centres, and in its recent pledge to never accept asylum seekers arriving by boat.

Immigration Minister Peter Dutton has even gone so far as to say that Malcolm Fraser’s government had made “mistakes” in accepting Lebanese refugees during the 1970s.

It is imperative to remember that refugee rights are human rights and thus are applicable regardless of nationality, race, religion, gender or sexuality.

The UN Declaration of Principles on Tolerance highlights: “Education is the most effective means of preventing intolerance.” It cannot be only left-winged politicians leading change but the drive to respect refugee rights needs to come from the bottom up – through education and through discussion.

Open discussion is essential, such as that provoked by the film Constance on the Edge, which follows the life of Constance, a Sudanese refugee living in Wagga Wagga. It presents a frank insight into the life of a human individual who also happens to be a refugee. Her integration into the Wagga Wagga community would not have been possible without refugee rights.

Refugee rights permit individuals the freedom and dignity to move around the world and find home. David Attenborough finds beauty in every creature. Here we have seven million to admire.

Emma Hartley is a runner-up in the Amnesty blogging competition. She is an undergraduate student studying international relations and human rights at ANU. She has a passion for politics – although is more in-tune with French politics than any of the goings-on up on the hill at Canberra. She also enjoys reading, long walks, and tea – preferably all at once. Sir Mo Farah perhaps worded it best when he said: “The Queen made me a knight, Donald Trump made...
Read More