I first came to Amnesty in 2013 as a volunteer – brand new to the country, on a bridging visa, without work rights, no friends and family and in a very vulnerable situation.

The Amnesty team welcomed me with open arms and allowed me to be part of a team and engage with the outside world. I still reflect on my experience at Amnesty and appreciate every day that I spent helping people seeking asylum who were trapped in detention centres.

We sent them picture dictionaries so they would know a few words in English once they were in the community and reminded them that there were many people who supported and cared for them.

Now almost a decade later, I return to Amnesty as its Refugee Rights Campaigner with a mission to advocate for people just like me who continue to experience rights abuses just for seeking safety on Australian shores.

Now almost a decade later, I return to Amnesty as its Refugee Rights Campaigner with a mission to advocate for people just like me who continue to experience rights abuses just for seeking safety on Australian shores.

It troubles me deeply that these people – people like me – are expected to remain silent about their conditions or risk being sent back to potential persecution and even death sentences. We are forced to live in the community on bridging visas with no work rights and very limited access to social services, which has pushed us to poverty and taken away dignity and hope.

There are thousands of refugees who have been living in Australia for the past 10 years on temporary visas, separated from their families and loved ones – people just like me.

We are kept on a permanent temporary status, never able to rebuild our lives and forcing us to relive our trauma at the end of every visa cycle.

Refugees aren’t even allowed to gain a formal education past high school. As soon as they reach 18, their studies stop because they are ineligible for fee assistance.

There has been no indication of ending this regime, indeed one of the first things the new Albanese Government did was proudly turn back a boat of asylum seekers. The same people to whom we owe protection under international law.

I know Australians are welcoming people and they understand that people seeking asylum are people just like me, or you, who have found themselves in circumstances no one wants to ever be in. You only have to look at the outpouring of love for the Bilo family and the pressure that led them to finally be released from detention.

But while the Bilo family are back with the community that loves them, like many other refugees, their futures are far from certain. That’s why I will continue to use my voice and experience to fight for all those seeking asylum so they can realise their full human rights. 5 Kids Books To Read Over the Summer

What we read to our kids and loved this year, from the staff at Amnesty International Australia.
Read More 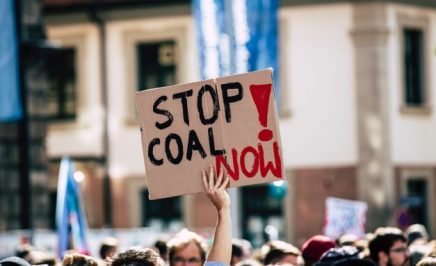 The climate crisis is here, and on the frontline are Australia’s northernmost First Nations...
Read More 5 actions for human rights you can take this holiday period What we read and loved this year, from the staff at Amnesty International Australia. Add these to...
Read More Every action helps to free the wrongfully imprisoned, rewrite unjust laws and hold the powerful to...
Read More
Want to make headlines?