The wins in the #MyNewNeighbour campaign continue into 2019. Three-months into the year and the campaign is now 29 councils strong, thanks to the ongoing hard work, and dedication of activists Australia-wide.

This year we saw the first councils in South Australia get behind community sponsorship. With Port Adelaide and Adelaide City council both raising their voices in support for alternative pathways and welcoming refugees. South Australian activist campaign lead Elijah Winters and the refugee network in Adelaide have been instrumental in this success. Helen Donovan from the Adelaide City Council, flagged Amnesty activists efforts as being a critical factor in the motion being tabled and passed.

South Australia is not the only state to keep the momentum going. The second council in Queensland, the council of Quilpe joined the call in February and most recently the Town of Victoria Park, became the third West Australian council.

The grassroots power behind #MyNewNeighbour is changing the hearts and minds of communities right across Australia. Activists far and wide, in regional towns and metropolitan cities are making sure that every opportunity to draw attention to the need for alternative solutions for refugees is taken.

The Sunshine Coast group in Maroochydore, Queensland connected with comedian Claire Hooper and got her to throw her voice behind the Community Sponsorship program. 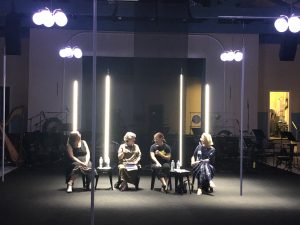 Beatrice Head convener of The South Eastern group knows only too well the the growth and change that can arise from people power and a year in managed to secure the local Wesley Uniting Church’s support. These wins have already got 2019 off to a really strong start for #MyNewNeighbour, and they continue to show what we can achieve when we build power at a local level. Thank you to everyone who continues to be dedicated to a better plan for refugees. Keep up the good fight.