A new report published today reveals how members of the indigenous Tharu community in Nepal’s Tarai plains were subjected to arbitrary arrests, torture and other ill-treatment at the hands of the police in connection with the killings of eight security personnel and a child in Tikapur, Kailali district, on 24 August 2015.

The report follows interviews that Amnesty International conducted with detainees at Dhanghadi jail, Kailali. The detainees were arbitrarily arrested and charged with murder, attempted murder, and robbery in the days following the killings.

“The Tharu community has long suffered marginalisation and the denial of their human rights in Nepal. These cases are, sadly, not an aberration but form part of a longstanding pattern of police abuse against the Tharu community,” said Champa Patel, Amnesty International’s South Asia Director.

“These cases are, sadly, not an aberration but form part of a longstanding pattern of police abuse against the Tharu community.”

On the day of the killings, police fired tear gas into crowds of thousands of Tharu protestors, who had taken to the streets against federal boundaries proposed by the government during negotiations for a new constitution and to demand a separate, autonomous province. In response, some of the protestors attacked the police, killing eight of them. The police killings triggered a wave of reprisal attacks against the Tharu community.

Torture and other ill-treatment

The detainees interviewed by Amnesty International were subjected to arbitrary arrests. While in custody, 18 of the 19 detainees the organization spoke to said they had been tortured from the moment the police took them into custody.

One of the prisoners interviewed by Amnesty International said that he was beaten immediately upon arrest. He was detained for seven days at the district police office and once police beat him until he fell unconscious. He was eventually revived with water.

Another person interviewed said he was beaten with bamboo sticks, boots, hands, lathis (bamboo-made police batons), plastic pipes, and he added, with “whatever came to their hand.”

The police, he claims, were intoxicated at the time, with their breath and gait betraying signs of heavy alcohol consumption. They “did not behave as men,” he said. One of the policemen chewed tobacco and spat it in his face.

They “did not behave as men,” he said. One of the policemen chewed tobacco and spat it in his face.

A third man interviewed attested to the policemen drinking and singing. While they were beating him, he said, they were singing, apparently taking pleasure in inflicting suffering.

A fourth detainee said that he was blindfolded by the police while in detention, and then told to run as they threatened to shoot him dead.

All detainees said they were then forced to sign “confessions” admitting to their alleged crimes, without even being allowed to read the document.

Ram Prasad Chaudhary, a detainee who was subjected to extensive torture, said that the police used force to hold his hand and secure a signed “confession”.

Another detainee said that police beat him and near-strangled him until he signed a document.

The detainees were only informed that they had been charged with murder, attempted murder and robbery when they arrived in court to hear the charges read against them.

Only Ram Prasad Chaudhary was able to secure a medical examination after telling the court that he had sustained injuries as a result of torture. However, he was denied medication for his typhoid.

The rest of the detainees were denied of their right to receive the health care and treatment they may require.

Amnesty International calls on the Nepali authorities to carry out prompt, independent, impartial and effective investigations into the allegations of torture and other ill-treatment, coerced confessions and arbitrary arrests.

The organisation also calls on the Nepali authorities to provide redress to the victims of torture and other ill-treatment in line with international law and standards. This includes an acknowledgment of the harm inflicted to them, as well as rehabilitation, compensation and guarantees of non-repetition.

“These are merely the first steps that Nepal’s authorities must take to begin effacing the shame of this episode. What these allegations underscore is the urgent need for structural reforms to be introduced to once and for all put an end to torture and other police abuse,” said Champa Patel. 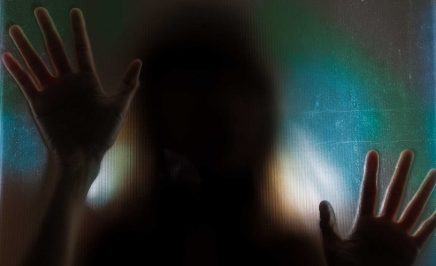 It’s awards season in Hollywood, and a year since a #MeToo-dominated Oscars ceremony made sexual...
Read More

Fiji: A darker side of paradise

Famed for white-sand beaches and sweeping views of turquoise water, Fiji is known as an idyllic...
Read More