Women winning the vote. Indigenous people being recognised as citizens and not fauna. The five day working week. Marriage equality.

Most of us don’t even think about these rights but none would have been possible without principled people standing up, speaking out and taking action, and sometimes even breaking the law.

History has shown us that people coming together to voice their concerns plays a vital role in holding those in power to account. It is the actions of courageous people shining a light on what others would prefer to be in the shadows that creates the impetus for change. The freedom to participate in public debate fully means we can change the world for the better.

Some of the most pivotal moments in Australia’s history, moments that have shaped us as a nation, have been born from protests, and indeed sometimes also civil disobedience. Think about Mardi Gras – what’s now a joyous celebration of the LGBTQIA+ community, started as a protest against discriminatory laws. Protests which were violently quelled by police and which resulted in many arrests.

And think about the Freedom Rides of 1965 led by student and Arrernte man Charles Perkins – the most iconic moment of the rides was when the protestors tried to gain access to the local pool for a group of Indigenous children. Fights broke out and arrests were made. But so was history when the council overturned the bylaw which prohibited Aboriginal kids from using the baths.

These moments lead to a collective realisation of a need for improvements that make us a stronger, more vibrant and more empathetic nation. We should be proud of this history and we should fight tooth and nail to protect our right to continue to voice our concerns publicly and fully when we wish to.

While most protests are peaceful, it’s also not uncommon for arrests to be made for minor offences such as offensive language or blocking traffic.

It may shock you to learn that this freedom to protest is under attack. The Federal government wants to make changes to the Australian Charities and Not-for-profits Commission (ACNC) regulations which will have a chilling effect on our ability to participate in activities, events, rallies and meetings. Things that are part of the everyday activities of our movement. These proposed regulations would give the Charities Commissioner discretion to deregister a charity for the most minor of summary offences such as simply blocking a footpath at a vigil – even if it was unintentional.

Amnesty International is a movement of people whose very purpose is to stand up and speak out about human rights abuses so it is terrifying to think that if one of our supporters were to be found guilty of a minor act of civil disobedience that our very existence could be in jeopardy. It sounds dramatic, but that’s exactly what these regulations will mean.

We have progressed so far as a country because of the voices and actions of people who simply care about the communities they are part of and are prepared to act. Just consider for a second what might have happened if these regulations existed when communities mobilised for marriage equality, for black lives matter or even just in recent weeks for the Bioela family. Would people have mobilised, would charities have advocated? Of course they would because it’s the right thing to do, but if these regulations are changed the price for action could be very high, indeed fatal for some organisations. Our very ability to advocate for change on the most pressing issues of the day are being challenged and at a time when I would argue people-powered movements are most needed. 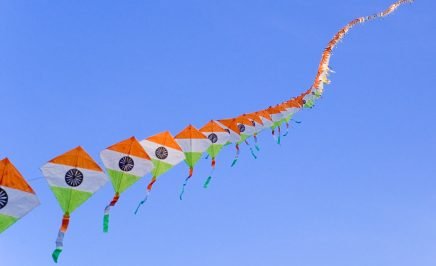