Responding to the decision by the Government to not include the Migration Amendment (Prohibiting Items in Immigration Detention Facilities) Bill in the Senate schedule, Amnesty International Refugee Coordinator, Dr Graham Thom, said:

“This decision proves the Government didn’t have the numbers to get this appalling Bill across the line. We applaud those key Senators who listened to the hundreds of thousands of people around the country who voiced their anger at this blatant attempt to remove the only lifeline immigration detainees have with the outside world – their mobile phones.

“We also appreciate MPs and Senators taking the time to look at the overwhelming evidence presented to the Committee that examined the Bill, which clearly highlighted why it is not only unnecessary but would also be damaging to those currently detained around the country.

“Now we ask Minister Dutton to see sense, show some humanity and drop this bill completely.” 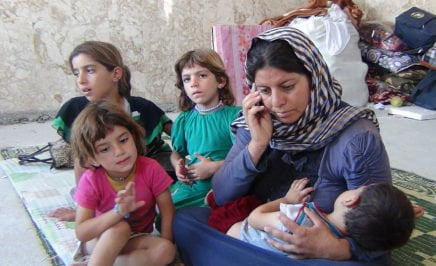 When smartphones are a lifeline, not a luxury

Images and video of refugees using smartphones sparked a wave of criticism on social media, with...
Read More