We, as a coalition of organisations and community groups from around Australia, are writing to express our concern regarding the humanitarian crisis that Australia has created.

Successive Australian governments have managed and funded offshore detention camps on Manus Island and Nauru. The people detained there are clearly Australia’s responsibility. This situation has reached crisis point, and immediate action must be taken.

Beyond the reports of physical and sexual abuse, including of children; inadequate medical attention; suicides and attempted suicides; even a murder; the extinguishment of hope has pushed people to the edge.

Many of these people have been recognised as refugees. We owe them protection and safety now.

Meanwhile, politicians are spending years engaged in lengthy negotiations as to the fate of these men, women and children. With the US resettlement deal in serious doubt, the most obvious and humane solution is to clear the camps and bring these people to Australia until a safe long term, appropriate outcome for them can be guaranteed.

We do not have years. Australia cannot allow another person to die or suffer because of our actions.

This is a crisis. We are calling on both major parties to form a bipartisan commitment to immediately evacuate the camps and bring these people to safety.

Immediate solution to offshore chaos must be found as parliament resumes

As our nation’s politicians head back to Canberra Amnesty International is calling for immediate...
Read More 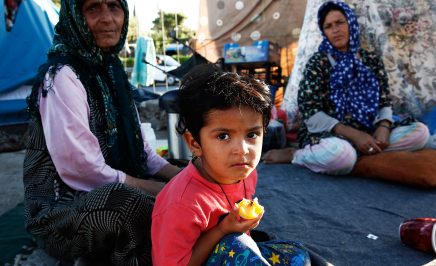