Responding to the UN Human Rights Council voting in favour of a resolution to monitor and report on the critical human rights situation in the Philippines – including unlawful killings in the context of the “war on drugs” Amnesty International Australia Campaigner Tim O’Connor said:

“We’re extremely pleased Australia used its hard-fought position on the UN Human Rights Council to support the resolution to investigate and document the deadly campaign of extrajudicial killings in the Philippines.

“This vote not only provides hope for thousands of bereaved families, and the Filipinos bravely challenging the Duterte administration’s murderous ‘war on drugs’, but it also sends a clear signal that the international community won’t look away on these egregious human rights abuses.

“Now the Philippines needs to cooperate with the UN Human Rights Office leading the investigation and take urgent measures to halt the brutal killings that have become the hallmark of the Duterte administration’s campaign. If they do not, the Council may take further and more robust action. From here on, pressure on the architects of the government’s murderous policies will only grow stronger.”

Last night, the UN Human Rights Council voted in favour of a resolution, tabled by Iceland, requesting the UN Office of the High Commissioner for Human Rights (OHCHR) to provide a detailed report on the situation of human rights in the Philippines, and for it to be presented to and discussed by the Human Rights Council at its 44th session.

The resolution passed with 18 votes in favour, 14 against and 15 abstentions.

The list of current Human Rights Council member states – which includes the Philippines – is available here.

Myanmar at the UN: Keep pressure on human rights

As Aung San Suu Kyi arrives in the United States to meet with President Barack Obama and attend the...
Read More 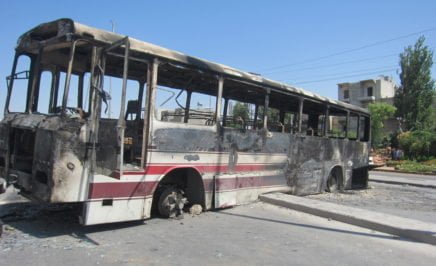 Responding to the news that the United Nations Security Council (UNSC) finally voted on a...
Read More